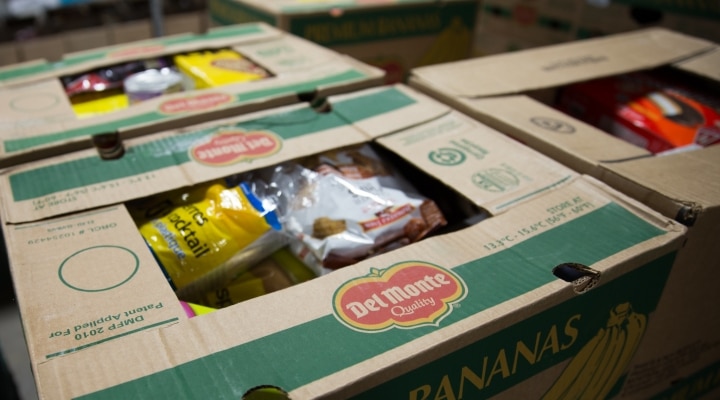 New York’s farmers are among the best in the nation when it comes to supporting people in need through their regional food banks. This week, American Farm Bureau Federation recognized New York Farm Bureau’s Young Farmers and Ranchers (YF&R) program for its efforts to donate more than 7.3 million pounds of food to the regional food banks across the state last year. (photo by Mack Male, creative commons/flickr.com)

ALBANY, N.Y. — New York’s farmers are among the best in the nation when it comes to supporting people in need through their regional food banks. This week, American Farm Bureau Federation recognized New York Farm Bureau’s Young Farmers and Ranchers (YF&R) program for its efforts to donate more than 7.3 million pounds of food to the regional food banks across the state last year. That was the second highest donation total in the country, behind Florida. In addition, the county Farm Bureau YF&R committees throughout New York raised $14,421 in monetary donations and performed 223 of volunteer work for their area food banks in 2019.

NYFB’s YF&R Committee also received the Most Innovative Award from AFBF for its efforts to use Livingston County Farm Bureau’s popular Farm Fest event last September to assist with food collection efforts. Attendees helped pick sweet corn that was then delivered to the Avon Food Pantry. Sweet corn seed was generously donated by local dealer, Seedway, LLC. The host farm, Mulligan Farm, then planted and maintained the sweet corn throughout the summer. Two planting dates were scheduled in hopes of the corn being ready for the day of Farm Fest. The event had volunteers at each station who assisted with picking and placing the corn into bags so it could later be transported. NYFB’s YF&R program was awarded two $250 checks for its efforts that will be donated to Feeding New York State.

Last year was a difficult one weather wise for New York agriculture. Spring rains delayed planting for farms in every region of the state, by several weeks in some instances, which in turn delayed harvest and overall food production. Some farms were unsure if they would have enough product to donate. Despite the challenges, farmers came through in a big way. These efforts are continuing in 2020 with gleaning projects being planned for harvest season to secure fresh produce for the food banks. Unfortunately, the demand for food will likely be higher this year as the COVID-19 pandemic is forcing more New Yorkers who are out of work to turn to their food banks and local pantries.

Christina Kohler, New York Farm Bureau Young Farmers and Ranchers Chair, said, “The YF&R members are proud to support the Harvest for All program for more than 15 years. In that time, farms in New York have given almost 106 million pounds of food to support the work by the regional food banks in our state. That translates into more than 88 million meals. Our members also volunteer with gleaning projects and fundraisers to make more fresh food accessible to New Yorkers in need. We look forward to continuing this partnership, and we encourage farmers across the state to remember their local food banks as an important way to give back or when they have excess product that would otherwise go to waste.”

David Fisher, New York Farm Bureau President, said, “Despite all the challenges farmers faced last year, their donations of more than seven million pounds of food is still a significant number. It reflects that even when times are tough, farmers step up to care for their neighbors and provide for their communities. We are proud to continue this great partnership with Feeding New York State and our outstanding regional food banks. I would like to thank all the farmers who have given during this past year and the regional food banks for helping get the food from the farm fields to people in need.”

Dan Egan, Executive Director of Feeding New York State, said, “The food banks of New York State are deeply grateful for the generous donations of fresh food from New York’s farmers. It was a difficult year, but once again New York farmers stepped up and provided high quality food to our neighbors in need. In communities large and small, there are hungry people who would not otherwise be able to eat fresh food were it not for New York’s farmers. Thank you all from the bottom of our hearts.”