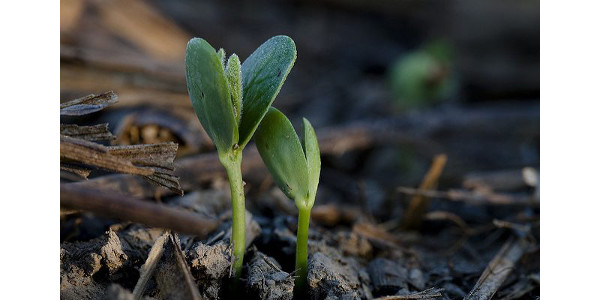 Dicamba has been around for decades, but problems arose over the past couple of years as farmers began to use it on soybean and cotton fields where they had planted new seeds engineered to be resistant to the herbicide. (United Soybean Board via Flickr)

BISMARCK, N.D. (AP) — North Dakota has developed state rules for use of the controversial weed killer dicamba on soybean crops next year, including an application deadline to which chemical maker Monsanto objects.

However, a court battle similar to the one unfolding in Arkansas over dicamba restrictions in that state appears unlikely, with a Monsanto official on Wednesday saying the company will focus instead on urging North Dakota officials to be more flexible.

Dicamba has been around for decades, but problems arose over the past couple of years as farmers began to use it on soybean and cotton fields where they had planted new seeds engineered to be resistant to the herbicide. Because it can easily evaporate after being applied, the chemical can settle onto neighboring unprotected fields and damage them. In North Dakota there were more than 200 such complaints this year.

The federal Environmental Protection Agency last month announced a deal with agribusiness giants Monsanto, BASF and DuPont for new voluntary labeling requirements for the chemical for next growing season. Dicamba products will be labeled as “restricted use,” requiring additional training and certifications for applicators and limiting when and how the herbicide can be sprayed.

States can go further, and North Dakota has. For example, applications of certain formulations on soybeans will be banned after June 30 or the crop’s first bloom phase, whichever comes first. A violation could carry a potential fine of up to $5,000.

“We applaud the work done by the EPA and the registrants to develop the new label but believe that a one-size-fits-all approach does not adequately address some of the unique conditions we face in our state,” Agriculture Commissioner Doug Goehring said.

Monsanto believes the new federal requirements are sufficient for all states and that a cutoff date for applications isn’t backed by science, said Scott Partridge, vice president of global strategy.

“The importance of training and education is critical,” he said. “That’s the path we should be on, rather than taking this tool out of growers’ hands at some point during the season.”

Monsanto has sued Arkansas over dicamba bans in that state, but Partridge said the court battle there is a last resort. The company prefers to work with states and will take that path with North Dakota, urging officials to be flexible on the June 30 cutoff date if conditions warrant. Monsanto also is taking other steps in all states, such as setting up a technical support call center and distributing the proper spray nozzles to applicators free of charge.

Goehring said farmers should “strongly consider” using pre-emergence weed management tactics, and that “relying solely on post-emergence applications of dicamba or any herbicide for weed control should be avoided.”