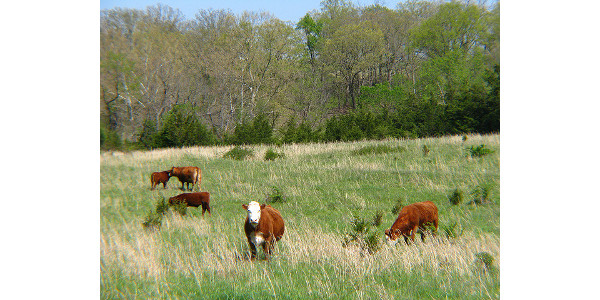 North Dakota pastureland values are up approximately 7 percent, and rents are up nearly 2 percent based on the 2018 County Rents and Prices Report funded by the North Dakota Department of Trust Lands. (Julie A Brown via Flickr)

FARGO, N.D. — North Dakota pastureland values are up approximately 7 percent, and rents are up nearly 2 percent based on the 2018 County Rents and Prices Report funded by the North Dakota Department of Trust Lands.

“The pastureland movements regionally were all upwards, similar to state pastureland value movements; however, the magnitude of the movements from region to region differs,” he says.

The east-central and southwest were the only two regions to post declining pasture rental rates heading into 2018. The southwest declined 1.5 percent to $17.90 per acre, or $27.10 per animal unit month (AUM).

The east-central region reported a decline in rent of approximately 3 percent to $22.40 per acre or $31.50 per AUM. However, the last three years for these two regions have been fairly steady, moving less than $1 per acre in any direction.

The cash rent for the south-central region is reported at $22 per acre, yielding a cost of $33.40 per AUM.

Parman concludes, “It is unlikely that lower cattle prices in the summer of 2018, with market prices around $110 per hundredweight (cwt) for live cattle and around $150 per cwt for feeder cattle, will impact pastureland values much as we move into 2019. The trend for pastureland values has been upward; it is likely that it will continue statewide next year, albeit possibly more gradually if current market prices hold.

“Rents, on the other hand, may react more quickly to lower market prices; however, drought activity across the state may play a bigger role,” he says. “If regional drought forces ranchers to sell cattle, fewer grazing animals’ means lower demand for rented acres.

To learn more about ways to calculate pasture rental rates including renting by the AUM or renting by the acre, visit the NDSU Extension publication “Determining Pasture Rental Rates (R1810)” at http://bit.ly/PastureRentalRates.