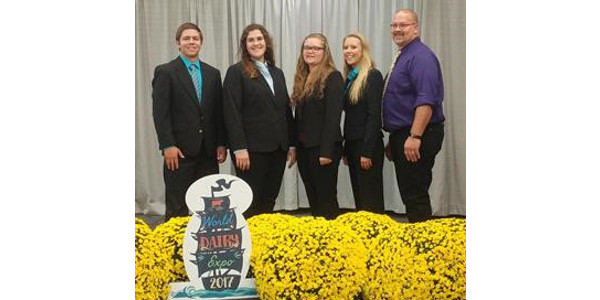 The team was eligible to represent North Dakota at the national competition after winning first place at the state 4-H dairy judging contest in June.

The team placed in several divisions at the World Dairy Expo. The divisions and placings were:

Twenty-two teams competed at the national event. The teams judged 10 classes, including five breeds. Five of the 10 classes were cows and five were heifers.

The world is good, but saying that is hard

Beef marketing for the next generation