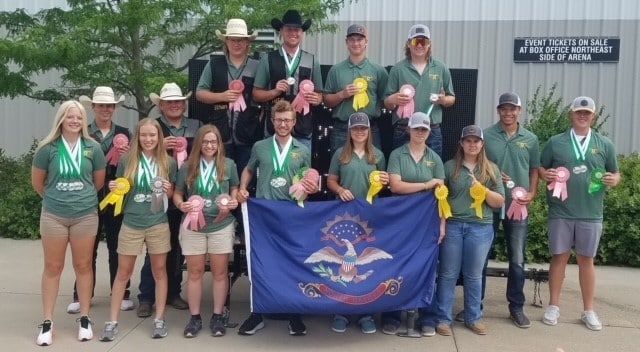 Teams competed in four disciplines: smallbore rifle, shotgun, compound archery and hunting skills. Teams consisted of three or four members from one or more counties in each state. Teams were determined by qualifying in a 4-H shooting sports state match.

The national competition consisted of three events for each discipline, with one event completed each day of the competition. Individual and team awards were given daily for each event, with an overall cumulative match award at the end of the week of events.

Results are as follows:

Shooting sports is sponsored by Scheels, a supporter of the North Dakota 4-H Foundation.