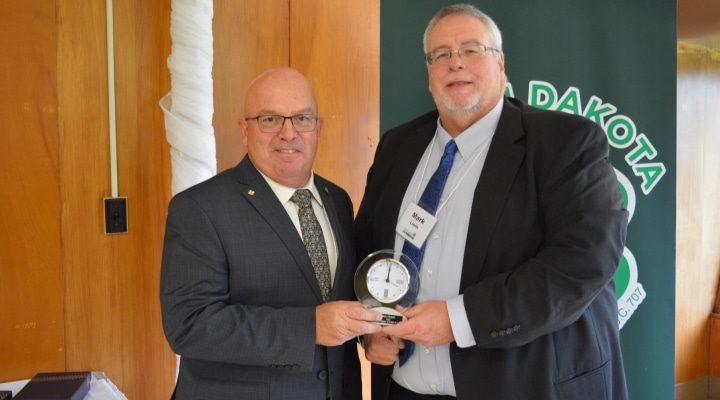 The Bob Finken of Douglas in Ward County, North Dakota, has been inducted into the North Dakota 4-H Hall of Fame. The six 4-H Century Families were:

Any family whose years as 4-H members, leaders and/or volunteers add up to 100 or more is eligible to be named a North Dakota 4-H Century Family.

The North Dakota 4-H Foundation’s 4-H Hall of Fame award recognizes an individual for their outstanding leadership and commitment to 4-H on a local, county, regional and state level.

Finken joined 4-H in Ward County as a youth in the 1970s. As an adult, Bob was a 4-H leader and started two clubs during his almost three decades with Ward County. He was president of the Ward County 4-H Council for four years and served on a number of committees during that time. Finken has judged communications arts and static exhibits at achievement days and was a superintendent for statics and the goat show. He received the friend of Ward County 4-H award in 2018.

At the state level, Bob has served as a volunteer and has also served as president of the North Central Research Extension Center, Board of Visitors for a number of years.