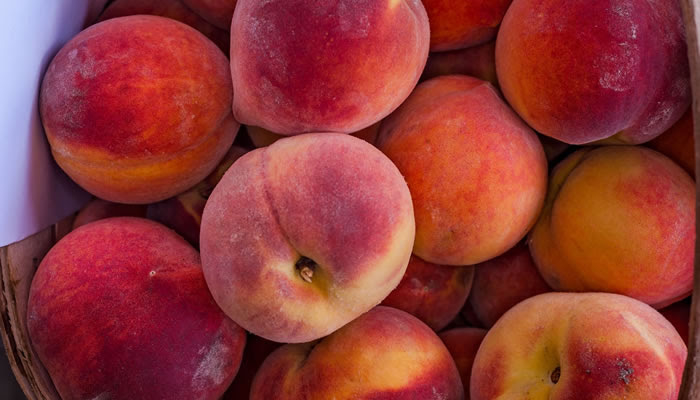 Unlike surrounding states, most of North Carolina’s peaches are sold directly to consumers at roadside stands and farmers markets. (photo provided by NCDA&CS)

RALEIGH, N.C. – After several hit-or-miss years, peach growers across the state are celebrating what is shaping up to be a solid peach growing season.

“Consumers can expect peaches to be in good quantity and quality this year,” said Agriculture Commissioner Steve Troxler. “Many growers began picking in early June with plans to continue through the end of August.”

Unlike surrounding states, most of North Carolina’s peaches are sold directly to consumers at roadside stands and farmers markets. In fact, consumers can find peach orchards in about two-thirds of the state’s counties. Troxler encourages consumers to check with their favorite peach grower for availability and timing of their favorite varieties.

To celebrate the season, the department will host Peach Day events at the State Farmers Market in Raleigh on July 11 and the Robert G. Shaw Piedmont Triad Farmers Market in Colfax on July 12. Both events run from 11 a.m. to 1 p.m. and feature a peach recipe contest, free samples of peach ice cream and an appearance from the N.C. Peach Queen. Peach lovers also can enjoy the N.C. Peach Festival in Candor July 19 and 20. The 23rd-annual event includes a parade, music, carnival rides, food vendors and lots of fresh, local peaches.

North Carolina is home to about 800 acres of peaches. In 2017, peach growers contributed $2.7 million to the state’s economy, with more than two dozen varieties grown.