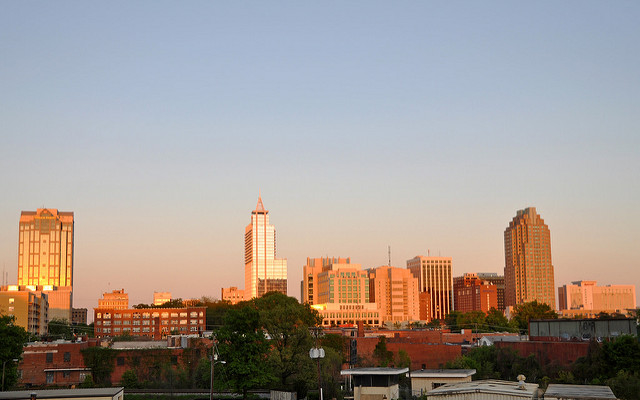 The early voting measure adjusts the current 17-day period so that residents now won’t vote in person during the weekend before a primary or Election Day. The legislation eliminates the final Saturday before the election from the period while moving up the early voting start by one day.

The litigation restrictions, inserted in the General Assembly’s farm bill, contains language sought by pork producers after the first of nearly two dozen nuisance lawsuits resulted in a multimillion dollar verdict earlier this year against Smithfield Foods. Deliberations in the second trial were going on Wednesday in Raleigh federal court. The new language, however, doesn’t apply retroactively to these cases.

Cooper, a Democrat, said in his veto message that the early voting bill would make it harder for some to vote. His allies have said the last Saturday before the election has been popular with voters, especially black residents.

“This bill smacks of discrimination, whether intended or not … against a particular population of voters,” said Rep. Amos Quick, a Guilford County Democrat, who is black.

But Republicans argue the changes would create more access to voting, pointing out the previous law required early voting to end early in the afternoon on the final Saturday. The new law also requires all approved sites be open from 7 a.m. to 7 p.m. on weekdays. Variable times were allowed under the old rules. County election officials still have the option to open sites in the two full weekends during the period.

By an identical margin, the House voted to override the farm bill, with supporters saying the state’s powerful agriculture industry must be protected from lawsuits that could send farmers who comply with federal and state regulations while raising livestock out of business.

“Overriding this veto and correcting Gov. Cooper’s unwise decision sends the clear message to our family farmers and rural communities that they have a voice in the legislature and that this General Assembly intends to give them the respect they deserve,” the bill’s chief sponsor, GOP Sen. Brent Jackson of Sampson County, said after Wednesday’s vote.

Cooper had vetoed the bill, saying the measure gave special treatment to one industry at the expense of the property rights of homeowners and other businesses. Environmental groups lamented the override.

Republican Rep. John Blust of Guilford County, the most vocal legislative opponent of the litigation language, urged that the veto be upheld, saying allowing the changes would “a fundamental crack” in private property rights.

“Someone’s home is their most precious thing that they have on this earth,” Blust said.

The three completed overrides are among seven bills that Cooper vetoed Monday. The House voted Wednesday to override two more of those vetoes, but the Senate hasn’t yet acted. General Assembly leaders want to end its annual work session by the end of the week.

One of the other two House overrides involve an insurance bill Cooper didn’t like because of an unrelated alteration to when bail bondsmen can avoid losing what they posted on behalf of a defendant who doesn’t show up for court. The other one addresses a bill making changes to election districts for trial court judges or district attorneys in more than a dozen counties.

The legislature has now overridden 16 of the 23 bills Cooper has vetoed since he took office in early 2017.