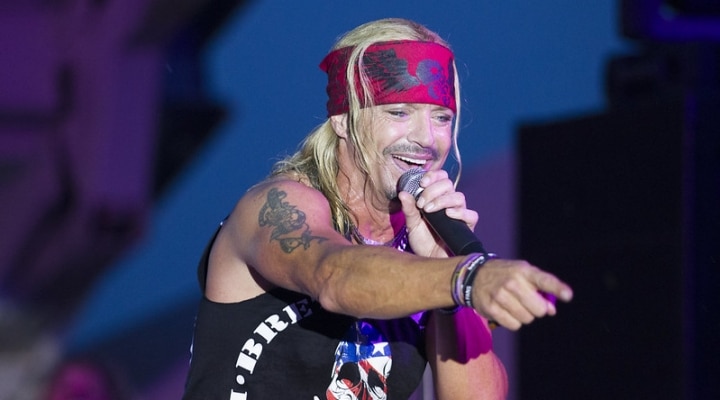 With over three generations of fans, Bret Michaels is revered as a legend in the entertainment industry. One of music’s most iconic and enduring singer/songwriters, Michaels’ massive success includes selling over 50 million records worldwide and numerous hit singles. (Robert Kowal via Flickr/Creative Commons)

With over three generations of fans, Bret Michaels is revered as a legend in the entertainment industry. One of music’s most iconic and enduring singer/songwriters, Michaels’ massive success includes selling over 50 million records worldwide and numerous hit singles. As a reality TV star, Michaels has appeared in an extensive library of hit shows including VH1’s smash show “Rock Of Love”, winning the highest rated season of NBC’s Celebrity Apprentice and Travel Channel’s “Rock My RV” currently featured on the Discovery + streaming platform.

As he solidified his place as the “King Of Streaming” Bret’s shows can be seen on networks such as Apple TV, Hulu, Tubi, Pluto TV and even his own “Classics Acoustic” streaming series available now by visiting http://www.BretMichaels.video.

Known for his charitable and philanthropic work, Michaels continues to give back through his Life Rocks Foundation. The Foundation recently made a grant to the betterment of student’s education as Michaels served as World College Radio Day and College Radio Ambassador.

With the long-awaited return to touring, Michaels is ready to kick the party back into high gear. He’ll perform the hits he’s known for as the frontman for Poison including ‘Nothin’ but a Good Time’, ‘Every Rose Has Its Thorn’, and ‘Something to Believe In’. This night is a return to form and a night of endless hits, good music for good times. Michaels’ latest single and video, “Unbroken”, was co-written and recorded with his youngest daughter, Jorja Bleu.

WARRANT will open for Bret Michaels. Warrant hit it big in 1989 with their debut album Dirty Rotten Filthy Stinking Rich, which produced the massive hit “Heaven”. Their sophomore album Cherry Pie, released in September 1990, spawned the iconic hit “Cherry Pie.”  Warrant is headlining festivals, casinos and fairs all over the country in support of their latest album Louder Harder Faster and the 30 year anniversary of Cherry Pie. These rockers can’t wait to play the hits fans know and love, as well as new tunes like “Louder Harder Faster” and “I Think I Will Just Stay Here & Drink.”