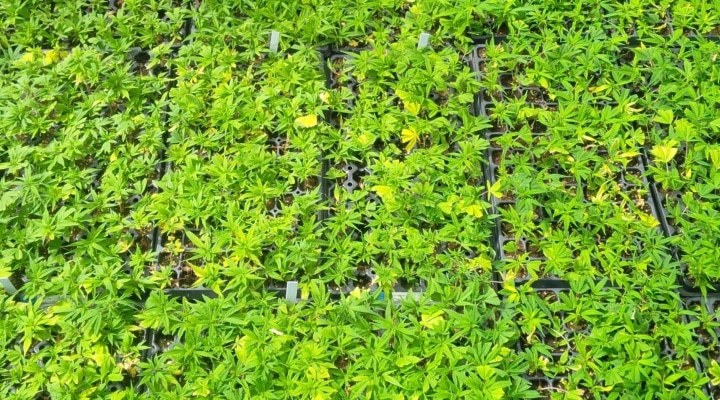 New Jersey Secretary of Agriculture Douglas H. Fisher announced today that New Jersey’s plan for the production and testing of hemp and hemp products has been approved by the USDA. New Jersey was among the first three states to have their plans authorized. (photo provided by NJDA)

TRENTON, N.J. — New Jersey Secretary of Agriculture Douglas H. Fisher announced today that New Jersey’s plan for the production and testing of hemp and hemp products has been approved by the USDA. New Jersey was among the first three states to have their plans authorized.

“This is exciting news as New Jersey is adding an alternative crop for our state’s agricultural community,” Secretary Fisher said. “The approval by the USDA of New Jersey’s hemp production plan is the culmination of more than three years of hard work by many members of our staff who have recognized this important and wide-ranging new market for our Garden State growers.”

In a letter informing the NJDA of the approval, USDA Deputy Administrator Sonia N. Jimenez stated: “With the approval of your hemp plan, New Jersey has assumed primary regulatory responsibility for hemp production within its jurisdiction.”

New Jersey hemp legislation at the state-level was signed into law by Governor Murphy on August 9, 2019, after which followed the process of New Jersey filing for USDA approval.

“The (NJDA’s) Division of Plant Industry will be responsible for inspecting hemp-growing facilities and testing hemp varieties to ensure that the THC content is within the limits set by the USDA,” Division Director Joseph Zoltowski said. “The manufacturing of products for human and animal consumption derived from hemp remains the purview of the Federal Food & Drug Administration.”

Industrial hemp (cannabis sativa) was a major crop grown in America starting in the Colonial period, and was used for textiles, paper and rope, and continues to this day to be used in fiberboard, construction materials, protein for both humans and livestock, lubricating oils and energy-producing biomass.

Mass production of hemp ended in 1970 with the passage of the Controlled Dangerous Substances Act, under which hemp was classified as an illicit drug due to its relationship with its cousin, marijuana. In the federal 2018 Farm Bill, hemp was re-classified as an agricultural crop and, through that action, hemp farming was once again made legal in the country.