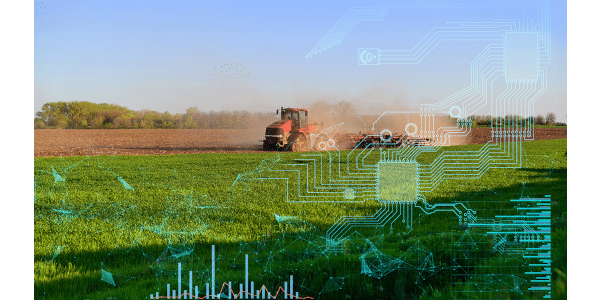 MU is one of eight institutions collaborating within the new AI institute. (Courtesy of University of Missouri)

COLUMBIA, Mo. — The U.S. National Science Foundation (NSF) today announced the establishment of the AI Institute for Resilient Agriculture (AIIRA), one of 11 new NSF National Artificial Intelligence Research Institutes that will work to advance AI technologies and their associated benefits to society. The AIIRA will be led by Iowa State University (ISU) and feature collaboration across eight institutions, including the University of Missouri.

While the 11 AI Institutes will cover a wide range of AI technology and applications, the AIIRA will focus on a simulation technology that can create “digital twins” of real-world crops and farms, an approach that would provide specific, detailed information for better-informed crop management, technological development and agricultural policies. Using sensors to send real-time data about weather, soil composition and other factors to the digital twin, researchers plan to create a system that can accurately predict the outcome of a variety of “what-if” scenarios.

“Agricultural industries are facing a number of challenges in the coming years, including concerns about a more variable climate, growing population numbers and less available cropland,” said Michelle Segovia, an assistant professor of agricultural and applied economics at the College of Agriculture, Food and Natural Resources. “This technology would allow researchers to test how those scenarios would impact food resources, and at MU, our job is to determine whether such a technology would be adopted by potential users.”

MU’s team, including Segovia and Corinne Valdivia, will conduct surveys, participatory workshops and economic experiments to identify the social, behavioral and business catalysts, and barriers to adoption of the digital twins. Insights gained from these efforts will directly inform the development and deployment of the technology, providing crucial information about the values, concerns and practices of decision makers — i.e. farmers, consumers, and other stakeholders — resulting in digital twins innovations that are salient, trusted and actionable.

Through collaboration among each of the eight AIIRA institutions, the institute will not only develop the AI technology and investigate the keys to its successful adoption, but will involve a wide variety of associated efforts, including education and workforce development in Native American communities, the development of cyberinfrastructure, robotics and rural outreach.

“The institute is collaborative by design, and the relationships between the researchers and institutions have been years in the making,” Segovia said. “MU’s expertise in social sciences, economics and translational research in innovations for agriculture will focus on AI innovation pathways that  create a feedback process among all actors and institutions in the Ag ecosystem. This is the case for each of the AAIRA institutions, and the result is a diverse cooperative process that allows us to cover many different angles of research and development at once.”

With a five-year, $20 million grant, the AAIRA is funded by the U.S. Department of Agriculture National Institute of Food and Agriculture (USDA-NIFA), one of several organizations funding the 11 new national institutes; others are funded by the U.S. Department of Homeland Security, NSF and companies such as Google, Amazon, Intel and Accenture. In total, the 11 institutes represent an investment of about $220 million.

Project to use computer to ID bumble bee species
October 18, 2020