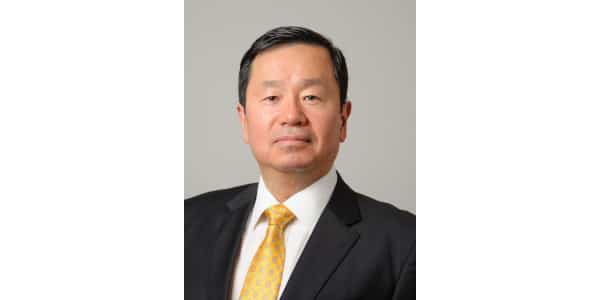 “The AES research center network is an extraordinary asset with significant potential to serve not only Missouri agriculture, but the entire state in new and exciting ways,” said UM President Mun Choi. “This restructuring ensures we will fulfill our missions of education, research, service and economic development at the highest levels by improving our agriculture research and outreach but doing so in a way that utilizes our financial resources efficiently.” (https://www.umsystem.edu/president/about_the_president)

COLUMBIA, Mo. — University of Missouri officials announced that, over the next nine months, the Missouri Agricultural Experiment Station (MOAES) and its collection of farms and centers will undergo a restructuring to make MOAES more efficient, effective and relevant. This restructuring will better align the statewide network of agricultural research centers with the strategic priorities of the MU College of Agriculture, Food and Natural Resources (CAFNR) and MU Extension.

Following a year-long process that included internal and external reviews, a task force examined that work and met with additional stakeholders before making final recommendations to UM President Mun Choi. Choi reviewed and approved the recommendations.

“The AES research center network is an extraordinary asset with significant potential to serve not only Missouri agriculture, but the entire state in new and exciting ways,” Choi said. “This restructuring ensures we will fulfill our missions of education, research, service and economic development at the highest levels by improving our agriculture research and outreach but doing so in a way that utilizes our financial resources efficiently.”

“Extension, CAFNR and Missouri agriculture are intrinsically linked,” Stewart said. “We are building on our history of groundbreaking research such as the 1945 discovery of the antibiotic aureomycin, the creation of quality management programs such as the Show-Me-Select Replacement Heifer Program or the work being done in today’s laboratories on swine genetics that is helping farmers raise healthier animals. With the power of the university’s Extension network coupled to our nationally renowned agriculture researchers, students, farmers and ranchers will benefit, causing a ripple effect throughout the state.”

“Missouri Farm Bureau and the University of Missouri have been partners in agricultural research for more than 100 years,” said Garrett Hawkins, president of Missouri Farm Bureau. “This long-term partnership has been successful because we both understand the need to constantly improve how we serve our state’s farmers and ranchers. Under the restructuring plan, resources will be targeted to research and outreach priorities. We are confident this plan will provide Missouri farmers and ranchers better access to cutting-edge science with practical applications.”

“We know the valuable role Ag Experiment Station research plays in agricultural production for Missouri and midwestern farmers every year,” said Christopher Daubert, vice chancellor and dean of the College of Agriculture, Food and Natural Resources. “Because of our research, yields have gone up substantially over the past several decades and farmers have become more environmentally aware of how they do their business. This restructuring helps us address fiscal challenges we’ve experienced over the past few years and will help us streamline our operations while continuing to serve the great state of Missouri.”

In addition to the task force, CAFNR administrators requested two internal reports from a team of research center superintendents and agricultural economists; examined a review from an external committee; and gathered feedback from faculty, staff and stakeholders.

MOAES restructuring will begin with the following recommendations:

More information, including the internal and external reports, the proposed actions for the centers, and the background and goals can be found at http://cafnr.missouri.edu/missouri-aes-restructuring-plan

“We are one statewide experiment station,” said Shibu Jose, associate dean for research and director of the MOAES. “The new structures will allow us to function cohesively as an experiment station with MU Extension, and will maintain the relevancy for Missouri agriculture far into the 21st century.”

AgTech NEXT 2021 concludes with a focus on the impact of climate change on food security
October 15, 2021