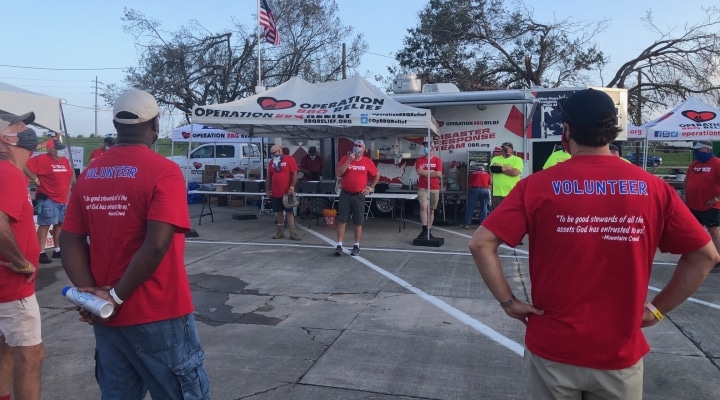 A team of Mountaire employees have been in Lake Charles, Louisiana this week helping prepare meals for people in need in the region hard hit by Hurricane Laura. (photos provided)

MILLSBORO, Del. — A team of Mountaire employees have been in Lake Charles, Louisiana this week helping prepare meals for people in need in the region hard hit by Hurricane Laura.

The Mountaire Cares team has been on the ground at a site set up in Lake Charles, La., an area that was pummeled by 130-150 mile winds as the storm came ashore. Power lines littered the highways while homes became uninhabitable after trees toppled on them and roofs were ripped off.

Operation BBQ Relief, made up largely of volunteers, arrived on site just hours after the storm passed to prepare bulk meals for first responders, volunteers who are helping clean up, and those displaced by the storm.

On Thursday, the daily meal count the group prepared and distributed had climbed to 24,000 as more and more groups signed up for help.

Groups served include the Salvation Army, the Cajun Navy and Army, local police fire and rescue units, area churches and many more.

“It’s been incredible to see the extent of the damage,” said Catherine M. Bassett, Director of Communications for Mountaire Farms. “We are blessed to be able to be here to help. This group provides people the nourishment and the hope they need to keep going. We’re proud to be serving our chicken.” 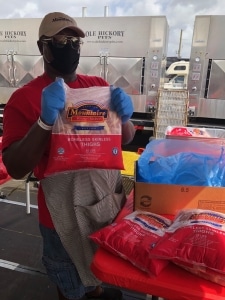 Can rural revitalization be a benefit from COVID19?