Home / DelMarVa / Motorists urged to slow down around horse-drawn buggies
A new user experience is coming! We'll be asking you to login to your Morning Ag Clips account March 1st to access these new features.
We can't wait to share them with you! Read more here. 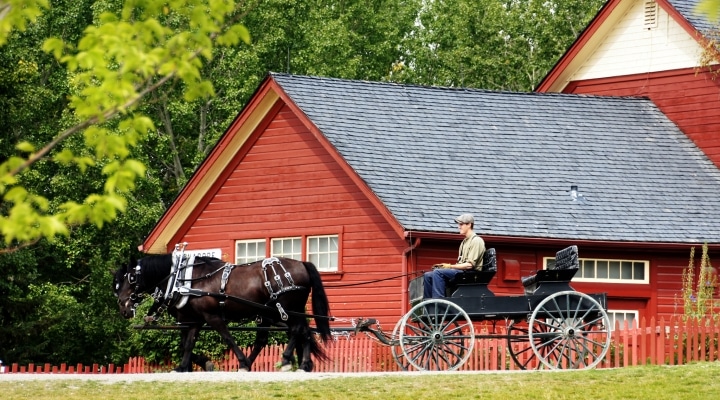 Since car accidents involving horse-drawn buggies have recently been reported in the news, motorists are urged to use caution and to slow down when traveling in rural areas. (photo by Bernard Spragg. NZ, creative commons/flickr.com)

PEARISBURG, Va. — Since car accidents involving horse-drawn buggies have recently been reported in the news, motorists are urged to use caution and to slow down when traveling in rural areas.

Encountering a horse-drawn buggy on the road might not be a frequent occurrence for many drivers, but they still should remain vigilant. Buggies are used primarily in Amish and Old Order Mennonite communities, and Virginia has several localities where they are a common mode of transportation.

“Usually on Sunday mornings when they’re going to church is when you see the horse and buggies, most of the time,” said Michael Thompson, who lives near an Amish community and is a Giles County Farm Bureau board member.

Thompson noted that while he hasn’t heard of many problems on smaller secondary roads in his area, “there have been accidents on the highways.”

According to Virginia Cooperative Extension, high incidents of crashes involving buggies and automobiles occur each year. Animal-drawn buggies have unique characteristics that set them apart from other slow-moving vehicles. Typically black or dark in color, they can be difficult to see—especially at night.

They also move much slower at less than 8 mph. A car approaching at 55 mph will quickly close the distance, and its driver might not have enough time to brake.

“You also need to be aware that any sudden noises—like honking—or trying to pass too quickly could spook the horse, and that could lead to some disastrous consequences,” advised Lareth May, Rockingham County Farm Bureau president.

And while the horses pulling buggies are well-trained and experienced on roadways, they still can get frightened.

“The best thing is to have patience and just remember to pass whenever you safely can. Keep in mind that they’ve got to try to control that horse as well.”

May added that Rockingham County has a large Old Order community, and most who live in the area keep an eye out for buggies, but drivers from out of town may not be aware of them.

“Their first inclination could be to floor it and get around them,” May commented.

Horse-drawn buggies and wagons are required to display the triangular slow-moving vehicle placard, and most even “have a flashing red light on the back and headlights on the front,” to draw extra attention, Thompson noted.

Motorists should leave plenty of room for passing, and pass only when it’s legally permitted and safe. VCE also advises extra caution at intersections with stop signs or street lights. Buggies often back up a few feet after stopping, and drivers are encouraged to leave 10-12 feet behind a stopped buggy.