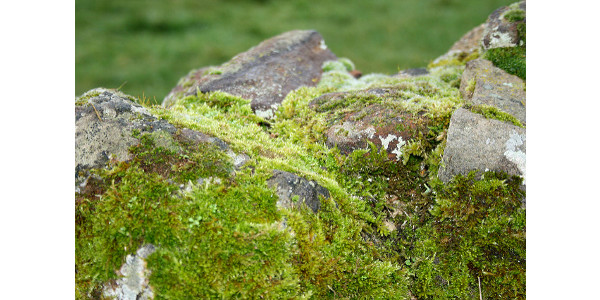 The researchers gathered wild moss and exposed it to various concentrations of sulfur dioxide in a chamber. (Steve Parker via Flickr)

WASHINGTON — Moss, one of the world’s oldest plants, is surprisingly in tune with the atmosphere around it. Now in a study appearing in ACS’ journal Analytical Chemistry, scientists report that they have found a simple and inexpensive way to detect air pollutants, specifically sulfur dioxide, in real time based on subtle changes in moss leaves. The discovery could rapidly alert authorities to potentially dangerous alterations in air quality using a sustainable, natural plant sensor.

Plants have evolved the ability to sense light, touch, gravity and chemicals in the air and soil, allowing them to adapt and survive in changing environments. Thus, plants have been used in studies to assess the long-term damage caused by accumulated air pollution worldwide. However, this type of study requires skilled personnel and expensive instrumentation. Xingcai Qin, Nongjian Tao and colleagues wanted to develop an easier way to use moss, a particularly good indicator of sulfur dioxide pollution, as a rapid, real-time sensor.

The researchers gathered wild moss and exposed it to various concentrations of sulfur dioxide in a chamber. Using a highly sensitive, inexpensive webcam, the research team found that moss leaves exposed to sulfur dioxide slightly shrank or curled and changed color from green to yellow. Some of these changes, analyzed with an imaging algorithm, began within 10 seconds of exposure to the pollutant. However, once the sulfur dioxide was removed from the chamber, the moss leaves gradually recovered. This result suggests that the plant, unlike traditional colorimetric sensors, can regenerate its chemical sensing capacity. The researchers conclude that combining remote webcams or drones with moss or other plant-based sensors could lead to cheaper, faster and more precise monitoring of the air for sulfur dioxide and other pollutants over vast regions.