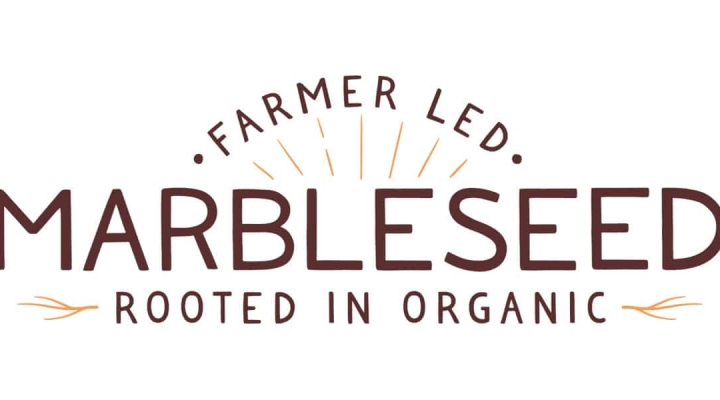 Marbleseed is the new name for the organization formerly known as the Midwest Organic and Sustainable Education Service (MOSES), effective June 3, 2022. (Courtesy Logo)

“Marbleseed is a prairie plant native to the Midwest. Its deep taproot and self-seeding nature speak to the resiliency, adaptability, and strong community networks needed in the organic farming movement today,” says Lori Stern, Executive Director of Marbleseed.

In 2021, the Midwest Organic and Sustainable Education Service (MOSES) received a grant from McGuffin Creative Design, a Chicago-based creative services firm, in support of the organization’s long-desired quest to rebrand. After deep conversations amongst the staff and Board of Directors, “Marbleseed” emerged as the new name for MOSES, along with the tagline farmer-led, rooted in organic.

MOSES, now Marbleseed, was first incorporated in 1995, after six years of growing what is now known as the largest organic farming conference in the United States. In 2023, Marbleseed will be holding its 34th annual Organic Farming Conference in La Crosse, Wis.  Throughout the year, Marbleseed’s free and low-cost farmer-led events, trainings, and resources are helping to grow the Midwest’s organic and sustainable farming movement and support thriving farm businesses.

“When we set about the work of choosing a new name and logo, we sought a name that could reflect not only the founding of the organization, but its future and place in a broader and more inclusive organic movement,” says Stern. “As the organic food and farming landscape continues to evolve, Marbleseed remains committed to supporting the success of small and mid-scale, organic and sustainable farming operations.”

With a new name and logo, a lot is changing at Marbleseed, but Lori makes clear that one thing remains the same, “Marbleseed remains committed to our organization’s founding mission: to support farmers in making the transition to organic and sustainable farming systems that are ecologically sound, economically viable, and socially just through farmer-led events, educational resources and community connection.”

Find out more about Marbleseed’s transition and explore the new website at marbleseed.org and on social media, @marbleseedorg.