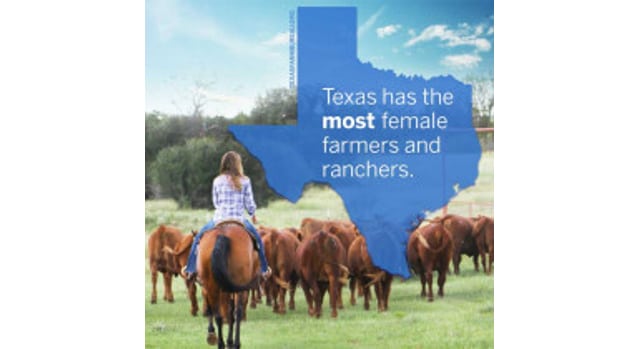 Texas agriculture is changing. It will be interesting to see what the next Census of Agriculture in 2022 reveals. (Texas Farm Bureau)

WACO, Texas — The 2017 Census of Agriculture revealed some interesting information about Texas farmers and ranchers.

Who’s running those farms is changing. The 2017 census points to a huge increase in the number of women who are farming and ranching.

The difference in the five years between census counts was over 18,000 women. In comparison, the number of male farmers and ranchers increased by 5,000 during the same period.

The recent ag census did a better job of capturing who is farming and ranching. In previous years, respondents were only allowed to enter information on the principal operator of the farm. The question did not allow entering others who were equally involved in decision-making and management of the farm. The change in approach is good.

Texas agriculture is changing. It will be interesting to see what the next Census of Agriculture in 2022 reveals.

Register for the DCRC Annual Meeting