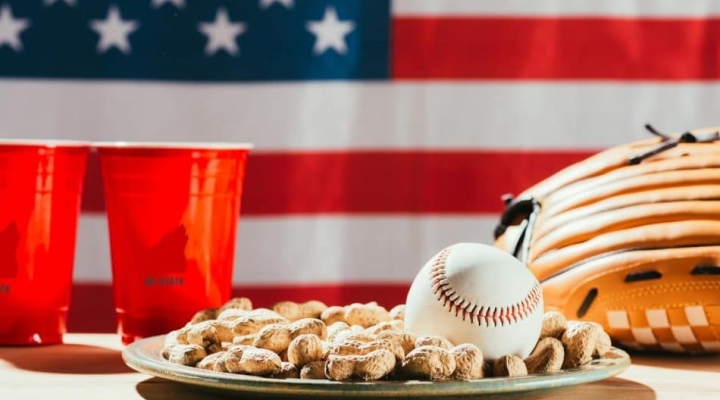 The roasted legume (not a true nut) has a unique cholesterol-free combination of protein, fiber, minerals, and bioactive compounds that make it a nutritional superstar. Delivering the benefits of both a legume and a nut, peanuts pack the best of both worlds in a ready-to-eat snack. It serves as a staple across many countries in the world and is an important food in the U.S., especially when we experience a downturn in the economy. (photo by N.C. State University)

RALEIGH, N.C. — Shoppers have rediscovered the trusty peanut. Once considered a nostalgic ballpark snack, peanuts are becoming fashionable as an affordable plant-based protein that is surprisingly healthful, delightfully shelf-stable, and locally grown.

The roasted legume (not a true nut) has a unique cholesterol-free combination of protein, fiber, minerals, and bioactive compounds that make it a nutritional superstar. Delivering the benefits of both a legume and a nut, peanuts pack the best of both worlds in a ready-to-eat snack. It serves as a staple across many countries in the world and is an important food in the U.S., especially when we experience a downturn in the economy.

U.S. farmers grow four types of peanuts: runner, Spanish, Valencia, and Virginia. Runners are the most commonly grown and are primarily used in peanut butter.

North Carolina is the fifth-largest peanut-producing state (of 13 in the southeast U.S.) and specializes in the aesthetically fancy Virginia market type, which is mostly used in-shell or as cocktail snacking nuts after shelling. Over 90% of the Virginia market-type peanuts are grown in the Carolinas and Virginia. They have become synonymous with baseball parks and Pepsi.

Because of their preference for sandy, well-drained soil, Virginia peanuts are well suited to a swath of eastern NC counties. In 2021, NC farmers grew 452M pounds of peanuts on 113,000 acres. Roughly 22 NC counties report peanut production, with Bertie, Martin, and Halifax counties ranking as the top three in the state.

Last year, this humble legume contributed $104.5M in cash receipts (3%) of the state’s $3.4B in cash crops. While they represent a relatively small proportion of farm receipts (compared to soybeans, corn, or tobacco), N.C. peanuts provide growers and consumers alike with a nutritionally and agronomically beneficial product.

As shoppers look to maximize their lists’ nutrient density and affordability, peanuts shine compared to other protein sources.

Over time, U.S. peanut consumption has risen to an average of 7.9.bs/person annually. Most peanuts consumed (and produced) in the U.S. are in the form of peanut butter.

But even in-shell peanuts (the kind produced by most North Carolina growers) are on the rise for consumers.

Role of N.C. Peanuts on Farms

With the advent of peanut cultivation and harvest machinery around 1900, peanuts became a truly commercially-viable cash crop in the South.

George Washington Carver is well-known for his work developing over 300 uses of peanuts but also for the first recommendation of adding peanuts to the southern farm crop rotation to interrupt the devastating cotton boll weevil’s life cycle.

Today peanuts are usually grown in a three or four-year crop rotation with corn, cotton, soybeans, and wheat. Field production starts with planting in May when soil temperatures top 65 degrees.

Disease is one of the chief enemies of this crop by threatening seedlings, leaves, stems, and pods. Sound crop rotation, management practices, and variety selection are the foundation of crop protection long before any chemical treatments are considered.

Peanuts have a unique reproduction cycle. Stems produce self-pollinating flowers above ground and then dive below ground to develop the in-shell kernels. Plants require 120-160 frost-free growing days before they are harvested.

Peanuts are significantly more water-efficient than tree nuts. And while irrigation is beneficial to crop consistency, less than 20% of NC farms irrigate this crop making drought tolerance an important trait. ​​Peanuts are resilient both in NC and around the world. Even under the toughest growing conditions peanuts will provide a modest level of yield.

Crop maturity is a pivotal variable in peanut profitability. Flavor, grading, quality, and shelf life all depend on peak maturity. Greater percentages of large or undamaged kernels mean crop premiums to farmers. But because the plant is an indeterminate grower, identifying optimal harvest maturity can be a challenge.

“Harvesting at peak maturity is especially important to maximize the financial return to the farmer,” Jordan said. “Harvesting just a week early can result in farmers not realizing 5% of yield potential. Equally as important is making sure the high-oleic trait, which is important for enhanced shelf life for roasted in-shell peanuts, is fully expressed by allowing pods to reach optimum maturity.”

At harvest, specialized equipment digs pods from the ground, shakes off dirt, and inverts the plants into windrows. The still-intact plants are left to dry in the fields for several days before a combine separates the pods for drying and storage.

While some states produce hay from perennial N.C. peanuts, annual peanut vines are usually returned to the field as organic matter to improve soil structure and moisture retention.

Harvested peanuts dry in trailers to reduce moisture content and avoid mold. Finally, the dried peanuts are inspected, cleaned and graded for commercial storage or processing.

In-shell peanuts are usually salted (while still in the shell!) and roasted but can also be sold boiled or as green peanuts. Roughly 75% of the U.S. peanut crop is consumed within our borders. The remaining quarter is exported primarily to Canada, Mexico, Europe, and China.

At home, in-shell peanuts can be kept fresh for up to a year if refrigerated. Commercially produced unopened peanut butter can remain fresh for up to two years at room temperature.

N.C. peanuts demand topped record levels during the 2020 pandemic, although less for in-shell peanuts due to sporting event cancellations. But as gatherings normalize and interest in plant-based protein grows, peanuts should command a respected place in our diets and farms.

“Peanuts have historically been an important economic engine for areas of the North Carolina coastal plain,” Jordan said. “Peanuts continue to bring diversification to cropping systems and bring sustainability in many communities in our state.”