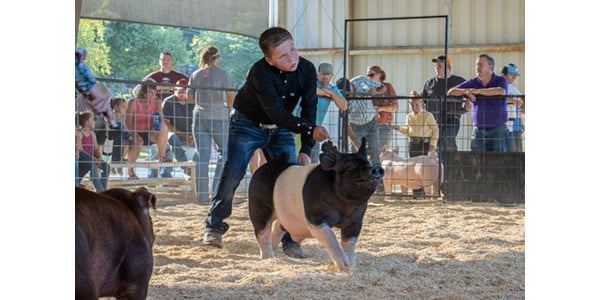 Cooper Wuthnow of Dickinson County exhibited the grand champion prospect pig. The rest of the top five prospect pigs were

In the intermediate division, Calla Higbie of Franklin County was named grand champion showman. Also placing in the top five intermediates were

In the junior division, Kate Heikes of Johnson County was named grand champion showman. Also placing in the top five juniors were

In the skillathon contest, the top five seniors included

The top five intermediate finishers in the skillathon were

The junior division top five in the skillathon were

The event is hosted by K-State Research and Extension and the Kansas State University Department of Animal Sciences and Industry.

New NJHA board members elected to wear the maroon jacket