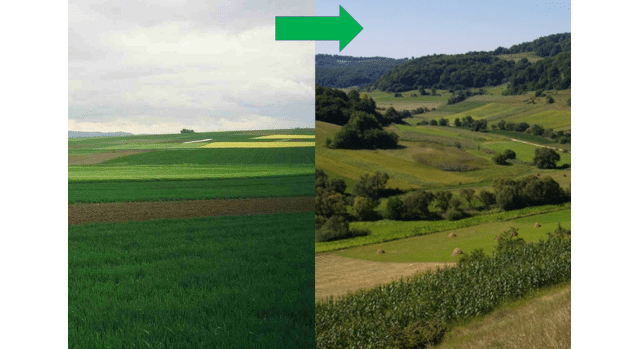 GÖTTINGEN, Germany — The global decline of pollinators threatens the reproductive success of 90 per cent of all wild plants globally and the yield of 85 per cent of the world’s most important crops. Pollinators – mainly bees and other insects – contribute to 35 per cent of the world’s food production. The service provided by pollinators is particularly important for securing food produced by the more than two billion small farmers worldwide. An agroecologist at the University of Göttingen points out that yields could be increased if pollinators were encouraged. The article was published in One Earth.

Current estimates put the value of pollination services at around 200 to 400 billion US dollars per year. Smallholder farmers, whose fields are less than two hectares, represent about 83 per cent of all farmers. They benefit from pollination services much more than farmers with large fields. If the fields are smaller than two hectares, any shortfall in yields can be reduced much more efficiently through pollination than in large fields. Many smallholder farmers live in the Global South and suffer from hunger or malnutrition. Crops that are dependent on pollinators, such as fruits and nuts, contain nutrients that are particularly important for health. “Pollination services in agriculture should be given more attention, in addition to pest regulation and good nutrient supply,” claims author Professor Teja Tscharntke, Head of the Agroecology Group at Göttingen University. The benefits are not limited to an increase in how much fruit can be produced: its quality can also be improved, for instance, in terms of nutrient content or how long it can be stored. Smallholder agroforestry systems in the tropics are particularly well suited for this and stand out due to their comparatively species-rich pollinator communities.

“More needs to be done to halt the decline of pollinators, which are mostly bees and other insects. The stress to pollinators caused by agrochemicals, large monocultures and the loss of semi-natural habitats should be minimised,” says Tscharntke. “However, considerable research efforts are still needed to make agricultural landscapes productive and, at the same time, species-rich – in particular to improve the situation in the tropics.”

–University of Göttingen
via EurekAlert!