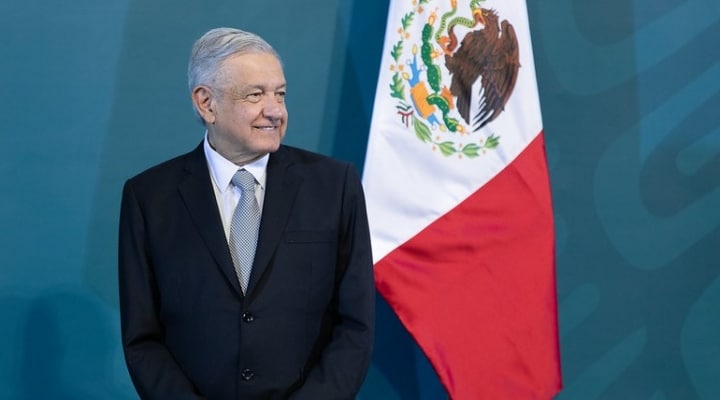 MEXICO CITY (AP) — Farmers once again clashed with Mexican military forces Sunday to protest releases of water from a dam to repay a water debt owed to the United States.

Video posted by congressman Mario Mata Carrasco showed tear gas canisters being fired over the heads of protesters at the Las Virgines dam in in the northern border state of Chihuahua. A line of military police and National Guard trucks could be seen at the dam.

Farmers in Chihuahua say they need the water for local crops, and the state government said it had reached an agreement to halt water releases from the dam until talks could be held Tuesday.

But Mexico’s National Water Commission said there was enough water for local crops like tree nuts, watermelons, chile, onions and alfalfa, and that the releases were ongoing.

Under a 1944 treaty, Mexico owes the United States about 415,000 acre-feet (512 million cubic meters) yearly that must be paid by Oct. 24. Payment is made by releasing water from dams in Mexico. Mexico has fallen badly behind in payments from previous years and now has to quickly catch up on water transfers.

Mexico receives more water than it gives to the U.S. under the treaty, which governs the flow of border and cross-border rivers including the Colorado to the west.

The issue has resulted in clashes before.

Earlier this year, President Andrés Manuel López Obrador said there was enough water both for local farmers and payments to the United States.

“We do not want an international conflict,” the president said. “Treaties have to be lived up to. If we have signed a treaty, we have to comply with it.”