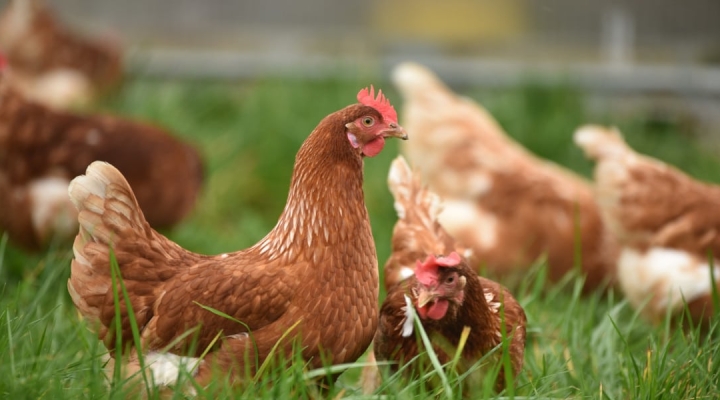 “With so many suspicious cases in wild birds pending investigation, I can’t emphasize enough how important it is to avoid exposing your flock to wild waterfowl and shorebirds,” Dr. Amber Itle, state veterinarian, said. “Call us if you suspect your own birds are sick and report sick wild birds to the Washington State Department of Fish and Wildlife.” (Thomas Iversen/Unsplash)

OLYMPIA, Wash. – With cases of avian influenza piling up in Washington, state veterinarians are asking bird owners to double down on biosecurity measures.

The two most recent cases of highly pathogenic avian influenza (HPAI) H5N1 were discovered in non-commercial backyard flocks in Pierce County and confirmed yesterday, May 10, after the flock owners contacted the Washington State Department of Agriculture’s (WSDA) sick bird hotline to report an unusual number of sudden deaths in their flocks.

Between the two affected flocks, there are a mixture of turkeys, chickens, peacocks, ducks, and waterfowl. The state veterinarian quarantined the premises and the birds that have not already succumbed to the virus will be euthanized.

Washington wildlife officials confirmed two cases of HPAI in wild birds- a bald eagle at Loon Lake in Stevens County and a Canada goose in Whatcom County. In addition to the confirmed cases, there are eight more wild bird cases being investigated across the state.

“With so many suspicious cases in wild birds pending investigation, I can’t emphasize enough how important it is to avoid exposing your flock to wild waterfowl and shorebirds,” Dr. Amber Itle, state veterinarian, said. “Call us if you suspect your own birds are sick and report sick wild birds to the Washington State Department of Fish and Wildlife.”

Itle says one step flock owners should continue to take is preventing contact between their birds and wild birds by eliminating access to ponds or standing water on your property and keeping different domestic species like ducks and geese penned separately from chickens and turkeys. Flock owners should also limit access to their farms, not lend or share farm tools or equipment, and not share or sell eggs from backyard flocks. While eating cooked eggs does not pose a health risk, transferring eggs off-farm could also transfer the virus.

There is no immediate public health concern due to the avian influenza virus detected. always, the meat from both wild game birds and domestic poultry should be properly cooked.

Unusual deaths or illness among domestic birds should be reported to the WSDA Avian Health Program at 1-800-606-3056. Report dead or sick wild birds using the Washington State Department of Fish and Wildlife’s online reporting tool.

Since May 5 when the first case of avian influenza was announced in Washington, WSDA has received nearly two dozen calls on its sick bird hotline. Now confirmed in three counties, several other suspect cases are being investigated now.

“Avian influenza is here,” Itle said. “Whether it has been confirmed in your county yet or not, you should be taking steps to protect your birds and prevent the spread of this virus which could wipe out your flock.”

Avian influenza can be transmitted from wild birds to domestic birds through direct contact, fecal contamination, transmission through the air, environmental contamination, and shared water sources. The virus can also be spread from farm to farm. Both wild and domestic waterfowl can be infected with the virus and not show signs of disease.

Reducing or eliminating contact between wild birds and domestic flocks and practicing good biosecurity is the best way to protect domestic birds from this disease. Bird owners can bring their flocks inside and undercover to protect them from wild waterfowl.

Visit agr.wa.gov/birdflu or USDA’s Defend the Flock program for more information about avian influenza and protecting flocks from this disease.