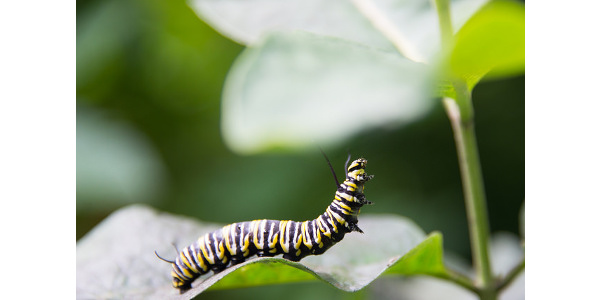 GOSHEN, Ind. — Monarch butterflies are fascinating to people. They are among the most recognizable of insects, with orange wings highlighted with black veins, black wing margins, and white spots in those margins. Milkweed, a toxic plant to most animals, is the primary food source for their caterpillars. And, of course, the amazing migration from a specific site in Mexico to points north as far as Canada is a captivating story on its own. It’s no wonder school children, conservationists, researchers and citizen scientists have adopted monarchs as they have.

There are probably a few things you don’t know about monarchs. For one, there are two separate populations in North America. The monarchs living west of the Rockies overwinter in California, near Santa Cruz and San Diego. The climate there is similar to that in Mexico, In California, they roost in eucalyptus, Monterey pines and Monterey cypress, while in Mexico, they roost in oyamel firs.

The migration north from Mexico starts during our winter, as lengthening days begin. The butterflies become reproductive and produce the generation that will begin its trip north. It will take 3 to 4 generations to reach the northern United States and Canada.

Milkweed and flowering plants are needed for monarch habitat. Adult monarchs feed on nectar from many types of flowers. Their migratory flight from Mexico and back follows the blooming patterns of wildflowers along the route. To reproduce, monarchs must find milkweed. There are over 100 species of milkweed in North America, but only 25% of those species are known to be host plants for monarchs.

Milkweed are needed by monarchs because they contain a variety of compounds that make the monarch caterpillars poisonous to predators, but do not harm the caterpillars. It is thought their bright color pattern warns potential predators they are in for a nasty surprise if they consume too many larva. Most animals learn to quickly spit them out. The color pattern has been so effective at warning off predators that some look-a-like species have evolved similar patterns to fool potential predators.

In the 1970s, observers began to see a decline in the number of monarchs overwintering in Mexico. Researchers and conservationists began to realize that the amount of milkweed growing in the northern habitats had drastically decreased, and was affecting monarch populations.

A fundamental change occurred in agriculture during the 1970s. Farmers were buying ever larger equipment. To better accommodate that equipment, fence rows were removed and fields became larger. Milkweed, which was never a very competitive weed in crop fields, but was common in the fence rows, became less common in the landscape.

In recent years, it has become popular to blame glyphosate (Roundup) for the diminishing number of monarchs. I have my doubts, because Roundup resistant crops did not come on the scene until 1996, and it had little impact on milkweed populations since milkweed was not commonplace in field crops to begin with.

These days, milkweed is a more common site in fence rows and backyards as people have become aware of the plight of the monarch. Many gardeners, including myself, have planted milkweed in their landscape to accommodate monarchs. People have told me the past few days they have never seen so many monarch caterpillars as they are seeing this season. Perhaps we have turned a corner for this favorite of insects.