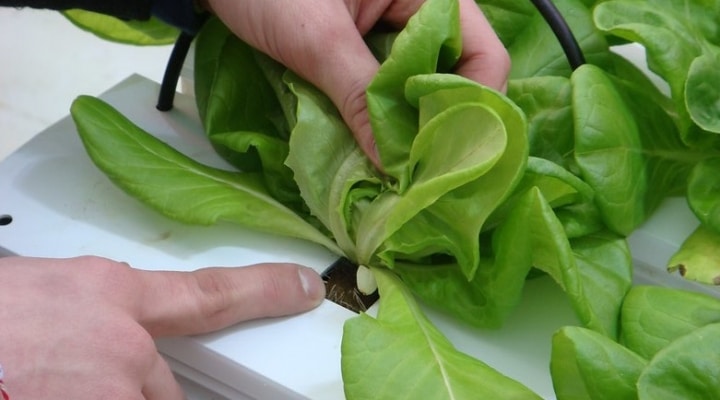 MOFGA joined this lawsuit to ensure the organic standards continue to maintain healthy soil as the heart of organic production and because organic farms in Maine, particularly wild blueberry producers, are being negatively impacted by this misinterpretation of the standard. (Stock image via Scott McMurren, Flickr/Creative Commons)

UNITY, Maine — The Maine Organic Farmers and Gardeners Association (MOFGA) is part of a coalition of groups and organic producers that have filed a lawsuit challenging the United States Department of Agriculture’s (USDA’s) decision to allow hydroponic operations to be certified organic.

Sarah Alexander, MOFGA’s executive director notes, “The Maine Organic Farmers and Gardeners Association has been active for nearly 50 years in the creation, and implementation of strong organic standards, which are based on building healthy soil. We were involved in the writing of the Organic Food Productions Act, and our members expect the certified organic label to remain true to its intent of creating healthy food from healthy soil.” The earliest organic certification programs (including MOFGA’s) based their standards on this premise.

MOFGA joined this lawsuit to ensure the organic standards continue to maintain healthy soil as the heart of organic production and because organic farms in Maine, particularly wild blueberry producers, are being negatively impacted by this misinterpretation of the standard. Organic cultivated blueberries continue to negatively impact the market for organic wild blueberries and are a crop that is produced hydroponically in the United States. Consumers are purchasing hydroponically produced blueberries labeled as organic, without knowing they are not the same as the wild organic blueberries grown in soil here in Maine.

The lawsuit is not the first step in the process to address hydroponics in organic production. The National Organic Standards Board (NOSB), which advises USDA on issues related to the organic standards, has called on USDA to prohibit organic certification of hydroponics, but USDA has taken no action on that recommendation to date. In January 2019 a legal petition requesting that USDA undertake rulemaking to disallow hydroponics in organic production was filed by the Center For Food Safety (CFS) and endorsed by MOFGA. That petition was denied and this lawsuit is the next step in the process to hold USDA accountable to the intent of the organic standards.

“While sustainable hydroponic food production may have an important place in our food system, it is misleading for consumers for these products to be labeled as organic in the marketplace, since they clearly don’t meet the intent of the organic standards,” said Sarah Alexander.

Formed in 1971, MOFGA has been a pioneer in the organic farming movement and an active participant in policy work to maintain strong organic standards. Foods labeled as organic must adhere to rigorous standards that include an emphasis on feeding the soil instead of the crop. This holistic approach is the foundation of the organic movement and consumers trust that the organic label verifies particular practices. In recent years some organic certification agencies have allowed the organic certification of crops grown in hydroponic systems, which has no soil building component and relies on fertilizer management as opposed to soil building practices to produce crops.