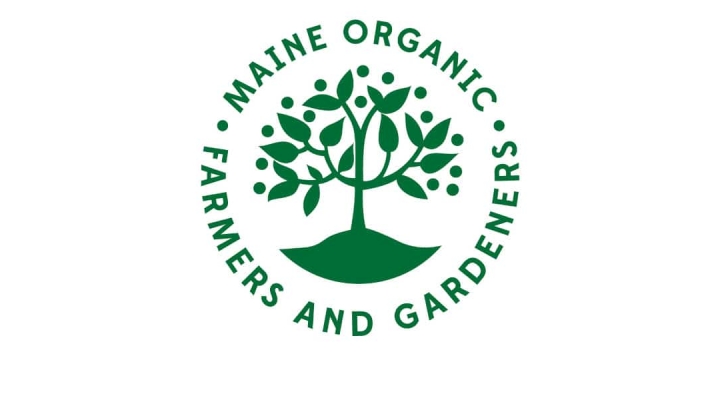 The Maine Organic Farmers and Gardeners Association is a broad-based community that educates about and advocates for organic agriculture, illuminating its interdependence with a healthy environment, local food production, and thriving communities.

UNITY, Maine — The Maine Organic Farmers and Gardeners Association (MOFGA) is celebrating landmark policies enacted today by Maine’s Legislature. With bipartisan support, two bills address the devastating problem of farmland contamination from per- and polyfluoroalkyl substances (PFAS), often referred to as forever chemicals due to their persistence and prevalence in contaminating human health and the environment. One bill stops the practice of sludge spreading on farmland, and another strengthens the state’s plan to phase out PFAS pesticides.

Through no fault of their own, farmers across the state are facing loss of livelihood and significant health impacts due to contamination from PFAS, which has been linked to kidney and testicular cancer, thyroid disease, infertility and compromised immune systems. The state-sanctioned practice of applying biosolids from industrial and municipal waste treatment facilities has led to terrible contamination of Maine’s farm resources – water, soil, crops, and livestock.

LD 1911 – An Act To Prohibit the Contamination of Clean Soils with So-called Forever Chemicals will put an end to the practice of spreading sewage sludge on farmland, which has resulted in widespread contamination of water, soil, crops, livestock, wildlife and the physical well-being of rural families.

“I see this bill as another step in the systemic approach that the state is taking to address PFAS and engender trust,” said Senator Stacy Brenner, a champion of the legislation, an organic farmer and a member of MOFGA’s board of directors. “This is a crisis that calls for action but this is not an insurmountable problem. There is plenty of clean soil and groundwater in our state and we must act to keep it that way. The farmers who have shared their stories with us have taught me that this is not the time for blame or guilt this is about knowing better and doing better.”

Twelve Maine farms already have stopped selling products from their farms due to serious PFAS contamination, and hundreds of other farms await test results. Water from more than 200 residential wells in Fairfield alone have exceeded the state’s maximum contamination levels – a direct legacy of spreading sludge with highly toxic chemicals on farmland. One of these farms is Songbird Farm in Unity.

“My family’s land and well are irrevocably contaminated with forever chemicals. Our bodies are contaminated at industrial levels. And yet, our land was spread only four times. The last spreading occurred almost thirty years ago,” said Adam Nordell who owns Songbird Farm with his wife Johanna Davis. “We say ‘No’ to PFAS and ‘No’ to land spreading sludge. We all farm to provide our customers with clean, healthy food. We farm because we care about our animals and because we care about growing excellent crops. Maine farmers work incredibly hard to steward our land so we can pass on something of value to next generation. Maine has built its brand around a clean environment, its clean water and its pristine farmland. The Maine farmers I know are working to keep that image a reality.”

A second bill that will further reduce PFAS contamination of farmland is LD 2019 – An Act To Require the Registration of Adjuvants in the State and To Regulate the Distribution of Pesticides with Perfluoroalkyl and Polyfluoroalkyl Substances. The legislation strengthens Maine’s plan to gather information about and phase out the roughly 1600 Maine-registered pesticide products containing PFAS, extending to Maine’s Board of Pesticides Control (BPC) the authority to sunset PFAS pesticides. The bill also authorizes the BPC to regulate fluorinated pesticide containers that leach PFAS into pesticide products, and it establishes a new revenue stream for the BPC through adjuvant registration fees.

The plan for eliminating PFAS pesticides in Maine is a measured approach that aligns with the state’s efforts to remove PFAS from consumer products by 2030. Farmers who rely on PFAS pesticides will have ample time to find safer alternatives. The bill’s sponsor still noted the need for action due to the highly toxic nature of PFAS.

Representative Pluecker and Senator Brenner have been deeply engaged in MOFGA’s educational and policy program efforts for many years and are working to create a vibrant Maine agriculture with opportunities for the next generation of farmers.

“We must turn off the PFAS taps and I’m proud to support these PFAS bills,” said Pluecker.

The two bills are headed to Governor Mills for her signature. Governor Mills has expressed significant support to address Maine’s PFAS problem advocating for $60 million in direct support for farmers affected by PFAS contamination.

MOFGA also is encouraged by the unanimous legislative support for LD 2013 – An Act Relating to Perfluoroalkyl and Polyfluoroalkyl Substances Contamination in the State, which calls for $100 million in direct support for farmers struggling with PFAS contamination. The Legislature’s Appropriations and Financial Affairs (AFA) Committee early this morning honored Governor Mills’ $60 million budget request for direct farmer support, voting unanimously to include this in the state’s supplemental budget.

In recent years, Maine has spent tens of millions of dollars and passed critical measures to address the widespread problem of PFAS contamination. Department of Environmental Protection Commissioner Melanie Loyzim has estimated that the state could spend $10 – 20 million annually just to carry out testing and remediation efforts. The actions taken during this session of the Legislature will improve Maine’s position as a leader in turning off the PFAS taps, mitigating existing PFAS contamination, promoting safer alternatives to consumer products with PFAS, and supporting farmers upon whom we rely to create a thriving, safe and healthy food and agriculture system.

“MOFGA’s broad community of farmers, gardeners and eaters is very happy that the Legislature is signaling such strong support for farmers impacted by PFAS contamination,” said Heather Spalding, MOFGA’s deputy director. “Seeding the emergency relief fund with $60 million is a really meaningful gesture from the state. We know that Maine farmers and neighbors whose wells are contaminated from sludge spreading will need much more than $60 million but this is a wonderful start and we will work hard to ensure there are additional financial resources in the coming years. Ultimately, the manufacturers of these horrible industrial substances must be held accountable for the damage caused and reimburse the citizens of Maine.”

The Legislature is scheduled to adjourn on April 20th so final votes on the budget will happen in the coming weeks.

The Maine Organic Farmers and Gardeners Association is a broad-based community that educates about and advocates for organic agriculture, illuminating its interdependence with a healthy environment, local food production, and thriving communities. Through education, training and advocacy MOFGA is creating a food system that is healthy and fair for all of us. More at mofga.org.