Home / California / Modified yeast inhibits fungal growth in plants
A new user experience is coming! We'll be asking you to login to your Morning Ag Clips account March 1st to access these new features.
We can't wait to share them with you! Read more here. 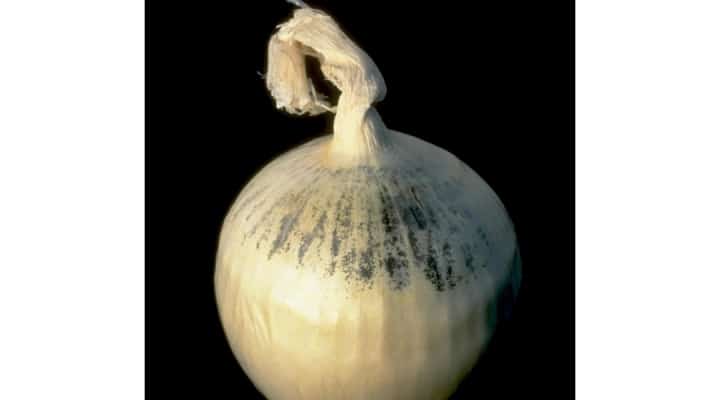 RIVERSIDE, Calif. — About 70-80% of crop losses due to microbial diseases are caused by fungi. Fungicides are key weapons in agriculture’s arsenal, but they pose environmental risks. Over time, fungi also develop a resistance to fungicides, leading growers on an endless quest for new and improved ways to combat fungal diseases.

The latest development takes advantage of a natural plant defense against fungus. In a paper published in Biotechnology and Bioengineering, engineers and plant pathologists at UC Riverside describe a way to engineer a protein that blocks fungi from breaking down cell walls, as well as a way to produce this protein in quantity for external application as a natural fungicide. The work could lead to a new way of controlling plant disease that reduces reliance on conventional fungicides.

To gain entrance into plant tissues, fungi produce enzymes that use catalytic reactions to break down tough cell walls. Among these are polygalacturonases, or PGs, but plants are not helpless against this attack. Plants produce proteins called PG-inhibiting proteins, or PGIPs, that slow catalysis.

A group of UC Riverside researchers located the segment of DNA that tells the plant how to make PGIPs in common green beans. They inserted complete and partial segments into the genomes of baker’s yeast to make the yeast produce PGIPs. The team used yeast instead of plants because yeast has no PGIPs of its own to muddy the experiment and grows quicker than plants.

After confirming the yeast was replicating with the new DNA, the researchers introduced it to cultures of Botrytis cinerea, a fungus that causes gray mold rot in peaches and other crops; and Aspergillus niger, which causes black mold on grapes and other fruits and vegetables.

Yeast that had both the complete and partial DNA segments that coded for PGIP production successfully retarded fungal growth. The result indicates the yeast was producing enough PGIPs to make the method a potential candidate for large-scale production.

“These results reaffirm the potential of using PGIPs as exogenous applied agents to inhibit fungal infection,” said Yanran Li, a Marlan and Rosemary Bourns College of Engineering assistant professor of chemical and environmental engineering, who worked on the project with plant pathologist Alexander Putman in the Department of Microbiology and Plant Pathology. “PGIPs only inhibit the infection process but are likely not fatal to any fungi. Therefore, the application of this natural plant protein-derived peptide to crops will likely have minimal impact on plant-microbe ecology.”

“The generation of transgenic plants is time-consuming and the application of such transgenic crops in agricultural industry requires a long approval period. On the other hand, the engineered PGIPs that are derived from natural proteins are applicable as a fast-track product for FDA approval, if they can be utilized exogenously in a manner similar to a fungicide,” Li said.

By tweaking the yeast a slightly different way, the researchers were able to make it exude PGIPs for external application. Previous studies have shown freeze drying naturally occurring microbes on apples, then reconstituting them in a solution and spraying them on crops, greatly reduces fungal disease and loss during shipping. The authors suggest that PGIP-expressing yeast could be used the same way. They caution, however, that because plants also form beneficial relationships with some fungi, future research needs to ensure plants only repel harmful fungi.

Li will continue to engineer PGIPs for enhanced efficiency and broader spectrum against various pathogenic fungi. Meanwhile, Li and Putman will keep evaluating the potential of using engineered PGIPs to suppress fungi-induced pre-harvest and post-harvest disease.

Li and Putman were joined in the research by doctoral student Tiffany Chiu and plant pathologist Anita Behari, both of whom are at UC Riverside, and Justin Chartron, who was a professor at UC Riverside when the research was conducted. The paper, “Exploring the potential of engineering polygalacturonase‐inhibiting protein as an ecological, friendly, and nontoxic pest control agent,” is available here. The work was supported by LG Chem Ltd. and the Frank G. and Janice B. Delfino Agricultural Technology Research Initiative and partially supported by the National Institutes of Health.