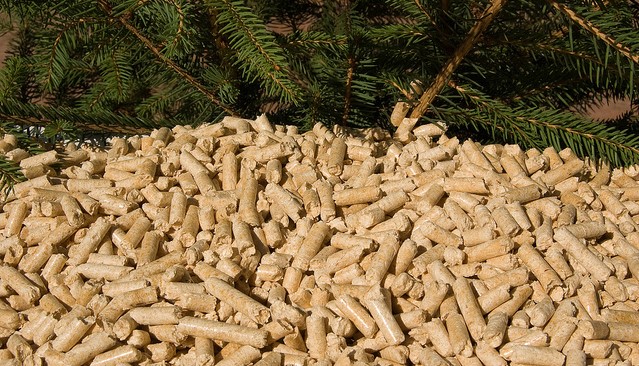 A new report examines the use of wood fuels in 2017 in hospitals, campuses, schools, municipal buildings and private business in Maine. (U.S. Department of Agriculture, Flickr/Creative Commons)

AUGUSTA (AP) — Maine officials say there’s an annual economic benefit of more than $20 million from modern wood heating of buildings in the state.

The Maine Department of Agriculture, Conservation and Forestry’s Maine Forest Service released a report about modern wood chip and wood pellet technology earlier this week. The report looks at use of wood fuels in 2017 in hospitals, campuses, schools, municipal buildings and private business in Maine.

The state says more than 100 new installations of the technology have been made in the last ten years, usually replacing imported heating oil. The report states that savings on annual heating costs compared to heating oil amount to $5.5 million. Spending on fuels such as wood pellets and wood chips, instead of exporting money for oil, is greater than $6 million.

Consumers warned of possible exposure to Hepatitis A
January 27, 2020

Maine farmers' markets get help to drive up attendance
January 27, 2020

Increasing environmental practices on farms across the state
January 21, 2020