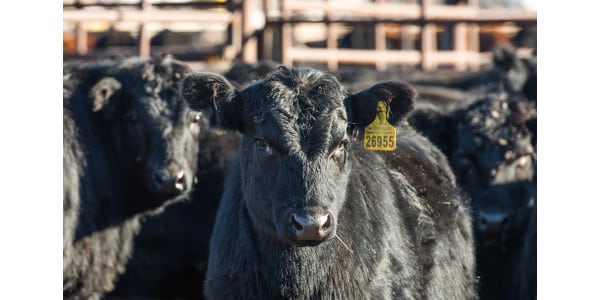 Caterina Scoglio, professor, and Qihui Yang, doctoral student, both in electrical and computer engineering, recently published “Developing an agent-based model to simulate the beef cattle production and transportation in southwest Kansas” in Physica A, an Elsevier journal publication.

The paper describes a model of the beef production system and the transportation industry, which are interdependent critical infrastructures — similar to the electrical grid and computer technology. According to the model, disruptions in the cattle industry — especially in the beef packing plants — will affect the transportation industry and together cause great economic harm. The disruptions modeled in the simulation share similarities with how the packing plants have been affected during the COVID-19 pandemic.

“When we first started working on this project, there was a lot of emphasis on studying critical infrastructures; especially ones that are interdependent, meaning that they need to work together with other critical infrastructures,” Scoglio said. “The idea is if there is a failure in one of the systems, it can propagate to the other system, increasing the catastrophic effects.”

The study included a variety of viewpoints to create a realistic and integrated model of both systems. Co-authors on the paper include Don Gruenbacher, associate professor and department head of electrical and computer engineering; Jessica Heier Stamm, associate professor of industrial and manufacturing systems engineering; Gary Brase, professor of psychological sciences; Scott DeLoach, professor and department head of computer science; and David Amrine, research director of the Beef Cattle Institute.

The researchers used the model to evaluate which supply chain components were more robust and which were not. They determined that packing plants are the most vulnerable. Scoglio said that recent events in the middle of the COVID-19 pandemic raise important issues about how to safeguard the system.

“An important message is that after understanding the critical role of these packers, we need to decide how we could protect both them and the people who work there,” Scoglio said. “While the plants are a critical infrastructure and need to be protected, taking care of the health of the workers is very important. How can we design a production process that can be flexible and adaptable in an epidemic?”

According to the paper, the beef cattle industry contributes approximately $8.9 billion to the Kansas economy and employs more than 42,000 people in the state. Since trucks are needed to move cattle, any disruption in either cattle production or transportation almost certainly would harm the regional economy, Scoglio said.

“Packers need to be considered as a critical point of a much longer supply chain, which needs specific attention to make sure it will not fail and can continue working,” Scoglio said. “Beef packers are a critical infrastructure in the United States.”

The project was supported by the National Science Foundation and focused on southwest Kansas, but the researchers acknowledge that cattle come from outside the region and interruptions may have larger national effects.