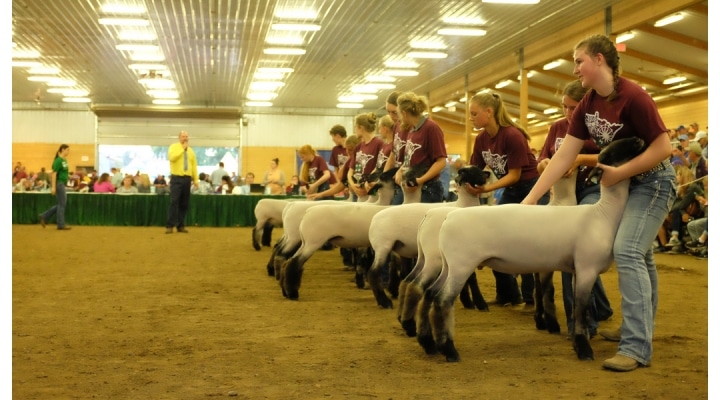 ST. PAUL, Minn. — The Minnesota State Fair’s board of managers approved $9.4 million in maintenance projects and capital work that had been suspended since 2019, reported State Fair CEO Jerry Hammer during the 164th Annual Meeting of the Minnesota State Agricultural Society. The Society is the governing body of the State Fair, and its annual meeting was held Jan. 13-15 at the DoubleTree Hotel by Hilton in Bloomington.

“The success of the 2022 State Fair, and the amazing team of elite professionals who produce the Great Minnesota Get-Together, point us to a bright future,” said Hammer. “Last year’s fair lays the foundation for us to present another world-class event, plus we’re now back on track with taking care of our beautiful fairgrounds.”

Also at the meeting, the fair’s board of managers approved admission prices for the 2023 fair, Aug. 24 through Labor Day, Sept. 4. Regular gate admission for adults 13-64 will be $18; kids 5-12 and seniors 65+ will be $16; children 4 and under are always admitted free. Pre-fair discount admission tickets will be $15. The fees represent a $1 increase in each category from 2022 and will take effect Feb. 1. Through Jan. 31, pre-fair discount admission tickets are on sale at the 2022 discount price of $14 for all ages and are available at mnstatefair.org. On-site parking for autos will be $20 and motorcycles will be $15. For a complete list of pricing, visit mnstatefair.org/tickets/.

Hammer cited rising costs in fair production, public safety, facilities upkeep and other services such as the free Park & Ride system as reasons for the increase. “We work hard to provide an amazing experience for everyone, and it takes a lot of effort and expenses to do that.”

Linda Christensen, retired butter sculptor, is the newest member of the Minnesota State Fair Hall of Fame. In a program organized by Midwest Dairy, dairy princesses from throughout the state compete to be crowned Princess Kay of the Milky Way and then the princess and her nine finalists have their likenesses sculpted in butter live during the State Fair. Linda was the butter sculptor for 50 years before retiring in 2021. She earned a bachelor’s degree in fine arts from the Minneapolis College of Art and Design in 1972 and a master’s degree in theology from St. Catherine University in 2000. With two such degrees, she has scrambled for a living. Often juggling more than one effort at a time, she has been an art teacher; calligrapher; designed and marketed her own line of greeting cards; and gone to the north woods to establish a gift shop and sculpture studio. Through it all, she has said her proudest accomplishment has been carving 41,500 pounds of butter into the likenesses of more than 550 young women involved in dairy farming.

Superintendent of Farm Crops at the Minnesota State Fair for the past 22 years, Ron Kelsey of Lamberton, Minn. was elected to honorary life membership in the Society. In 2006 he received his 50 year award for fair participation. At the age of 6, Ron contracted polio but made sure to teach himself to walk again just in time to attend his first Minnesota State Fair at the age of 7 in 1947. That same year, the current Agriculture Horticulture Building made its debut on the fairgrounds. He has not missed a fair since and has dedicated his life to agriculture after growing up on a farm in Lewisville, Minn., and spending each fair showing his family’s award-winning crops, especially corn. He even has a tattoo of an ear of corn on his forearm gifted to him from his family for his 75th birthday.

As superintendent, Ron oversees all farm crops, scarecrows, the vintage seed sack collection that he owns and displays each year, as well as the one-of-a-kind and very popular crop art competition. Ron went to the University of Minnesota and taught agriculture for 35 years at Red Rock Central High School in Lamberton. He has served on the Lamberton City Council, acted as the mayor, served on the Red Rock Central High School Board of Education and for more than 50 years, a Lion’s Club member. He has a long history of leadership and volunteerism with Lamberton’s FFA exhibitors, has been involved in the Lamberton United Methodist Church and has written a weekly column for the Lamberton News for the past 57 years.

The State Agricultural Society is made up of delegates from each of the state’s 87 county fairs, plus representatives of 44 statewide associations involved in agriculture, horticulture and education. The Society is charged exclusively with the production of the annual Minnesota State Fair and management of the historic 322-acre State Fairgrounds. 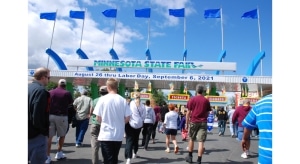 ST. PAUL, Minn. — The Minnesota State Fair overcame significant challenges to return in 2021 after being canceled the year before, said State Fair General Manager Jerry Hammer during the 163rd Annual Meeting of the Minnesota State Agricultural Society. The Society is the governing body of the State Fair, and its annual meeting was held Jan. […] 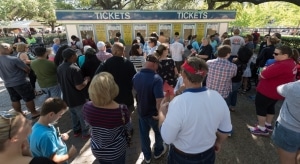 Save big at the 2021 State Fair of Texas

DALLAS, Texas — There are endless ways for you to save throughout the run of the 2021 State Fair of Texas, with a wide variety of discounts. One of the best ways to save is by purchasing a State Fair of Texas Season Pass. Seeing and experiencing everything at the State Fair in one day is […]

“Match Made In Heaven” survey asks about livestock + crops

Five ways to avoid antibiotic residues on the dairy