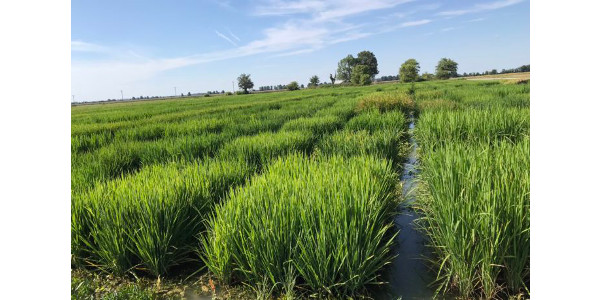 Southeast Department of Agriculture faculty will be on hand to highlight this work at the Missouri Rice Council’s (MRC) annual Rice Field Day Aug. 22 at the Missouri Rice Research Farm. Other topics to be addressed will include emerging technologies, row rice, markets and remote sensing.

Testing began last year and is continuing as cross breeding is done with more rice varieties and with some of the rice breeder’s elite lines, he said.

While preliminary screening occurred in the greenhouse setting, rice is now being tested in the field at the Missouri Rice Research Farm. It is serving as the test group, under natural growing conditions, and will then be compared against that grown in a controlled setting in the greenhouse. De Guzman said he hopes to know the results later this fall.

The goal is to release a heat-tolerant variety in Missouri that also can be sold in other states. About 50 percent of the grain produced will be exported outside the United States, he said.

Meanwhile, De Guzman also is focusing his research efforts on breeding rice with Clearfield herbicide resistance and is finalizing an agreement with BASF to breed for rice with Provisia herbicide resistance. Both herbicides control for red rice weed, he said. Clearfield is an acetolactate synthase (ALS) inhibitor, while Provisia is an acetyl coenzyme A carboxylase (ACCase) inhibitor with a different mode of action.

Those attending Rice Field Day can learn more about De Guzman’s research, and anyone with an interest in rice production is invited to this free event. The Missouri Rice Research Farm is located about eight miles west of Malden, Missouri, on Highway J in northern Dunklin County.

The day begins at 8 a.m. with presentations and tours. Lunch will be served at noon.

Missouri Sen. Wayne Wallingford will serve as the luncheon keynote speaker. Wallingford currently serves the 27th Senatorial District. He serves as vice-chair of the Senate Education Committee, as well as serving as a member of other committees, including Appropriations; Commerce, Consumer Protection, Energy and the Environment; Small Business & Industry; Veterans and Military Affairs; Ways and Means; and several other Join Committees and Commissions.

Members of the Missouri Rice Council will also be in attendance.