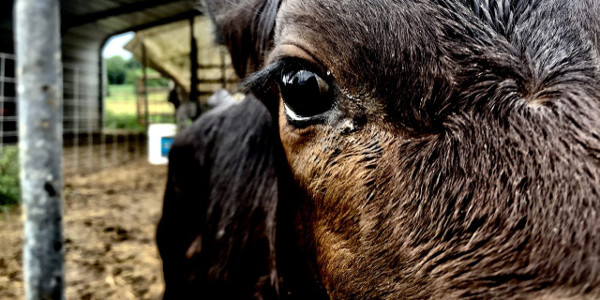 These essentially meaningless buzzwords are not surprising for someone of self-described Democratic Socialist leanings. Unfortunately, Ms. Ocasio-Cortez’s deeper feelings on agriculture are more troublesome.

Some of the more outlandish promises in Ms. Ocasio-Cortez’s promotional materials captured headlines, like “guaranteeing economic security for all who are unable or unwilling to work.” But farmers were stunned by another admission by the Congresswoman. One document (which she later retracted, saying it was a “draft”) explains that she watered down her goals for the first 10 years “because we aren’t sure that we’ll be able to fully get rid of farting cows and airplanes that fast.” Never mind the ridiculous goal of eliminating airplanes – why the fear of bovine flatulence?

The reality is much different. The UN’s Intergovernmental Panel on Climate Change identifies agriculture as the only sector that has not increased its emissions footprint since 1990. The EPA estimates carbon emissions from livestock farming make up only three to four percent of U.S. emissions. Emissions from transportation and electricity are far larger than agriculture.
Cows also provide a great service to the environment. They are well-suited to live on rocky or hilly land. Using this marginal land for cattle protects it from erosion and nutrient loss that could occur if it were instead used for crops. Cattle also convert grass and other forage into high-quality protein for human consumption.

As countries become more economically successful, they almost always start consuming more meat. The reasons are simple. Meat is calorie- and nutrient-dense, it is easily cooked into innumerable forms and it tastes delicious.

If the facts show that meat production and cow flatulence are not sending the world toward catastrophe, then why the fixation on animal agriculture? In reality, these activists are the same people who have hated animal agriculture for decades – well before climate change arrived on the political scene. They believe meat is murder and raising livestock is immoral. At their core, they believe humans must find a way to end animal agriculture, and they don’t care what it takes.

Animal rights activists will use any opportunity or crisis to try and destroy our way of life for their political ends. The Green New Deal is just their latest opportunity to force all meat consumption to end. Animals are not killing the environment, and meat is an important part of a balanced diet. The vast majority of Americans do not support animal rights activists’ radical agenda, even if it’s wrapped up in a pretty green package.