Home / Missouri / Missouri commission OKs 2 CAFOs
A new user experience is coming! We'll be asking you to login to your Morning Ag Clips account March 1st to access these new features.
We can't wait to share them with you! Read more here. 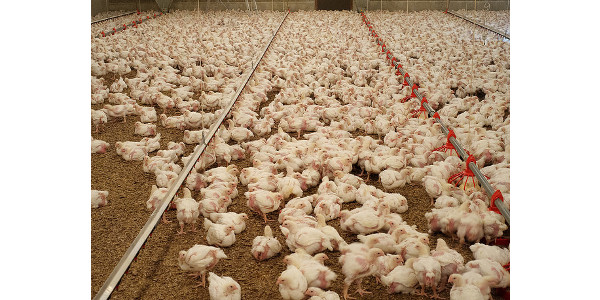 New farm-friendly members of Missouri's Clean Water Commission on Tuesday voted to allow two new concentrated animal feeding operations in the state after years of pushback from opponents worried about possible pollution, smell and other issues. (Oikeutta eläimille via Flickr)

Commission members voted 5-0 in favor of RNR Farms in McDonald County and 4-0 in favor of Trenton Farms in Grundy County. The votes will allow plans for the chicken and hog farms to move forward, although opponents still have options to appeal the decision.

Attorneys for opponents of the farms said they’re still reviewing what happened at the hearing and said their clients have not yet decided on what to do next.

Tuesday’s vote in favor of the farms comes after Republican Gov. Eric Greitens’ filled three seats on the board with appointees with ties to agriculture in a last-minute switch before a meeting originally scheduled for last week.

The meeting was rescheduled after Greitens announced the appointees, who include Mansfield farmer Stan Coday; Stotts City farmer John Kleiboeker; and Pat Thomas, who is chief of staff for Republican state Sen. Brian Munzlinger, a leader in agriculture policy.

Their appointments mean most of the members on the commission now have ties to agriculture. Other commission members include chairwoman Ashley McCarty, a cattle farmer from Kirksville, and attorney John “Ben” Hurst, whose father is the president of the Missouri Farm Bureau.

Permits for RNR and Trenton farms were denied in 2016 by former commissioners.

A vote to grant the permits succeeded after Coday, Thomas and Kleiboeker were allowed to vote despite concerns raised by opponents who argued their agricultural ties created the appearance of a conflict of interest. All three said their affiliations with the industry and Missouri Farm Bureau wouldn’t be problematic. Hurst recused himself.

McCarty called complaints of potential conflicts of interests “tenuous,” and she said commissioners are able to weigh their communities’ different needs when considering proposals.

“Just because someone has ties to agriculture, does not mean that is the only hat that they use when decision making,” said McCarty, who is representing agriculture and industry on the board.

Jordan Paul, who represents RNR Farms critics, said the change in membership “definitely had an impact” on the eventual outcome for the farm. He said the representatives of the general public who were among those who helped vote down RNR’s application by a 3-3 vote in January no longer are on the commission.

Tuesday’s vote also comes after Munzlinger — Thomas’ boss — pushed to give the governor the option to appoint more agricultural representatives to the board after the commission in an unusual move stripped Trenton Farms of its permit in 2016.

Because of that law change there’s no longer a requirement that members of the general public serve on the board, although the commission’s website lists Thomas, Kleiboeker and Hurst as filling that role.