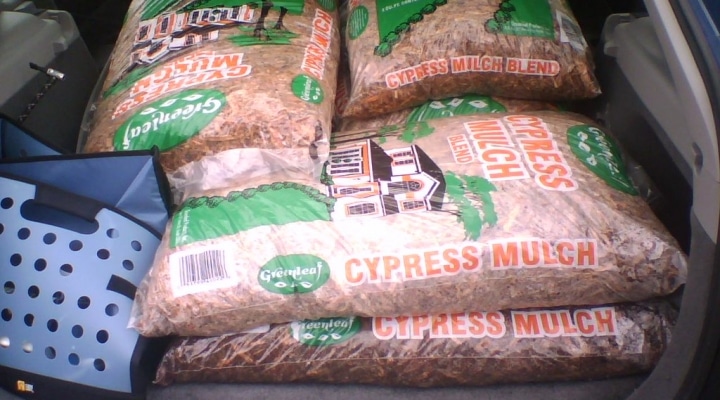 Your bag of mulch may not be what you think it is. In a new study, researchers at Penn State found that some bags labeled as “cypress” contain only 50% cypress, while other bags contained no cypress at all. (photo by Mike Cohen, Creative Commons/flickr.com)

UNIVERSITY PARK, Pa. — Your bag of mulch may not be what you think it is. In a new study, researchers at Penn State found that some bags labeled as “cypress” contain only 50% cypress, while other bags contained no cypress at all.

“Many mulch products claim to be composed of cypress,” said researcher Judd Michael, Nationwide Insurance Professor of Ag Safety and Health in the College of Agricultural Sciences. “But some of the largest mulch manufacturers have been accused of intentionally misleading consumers about the species mix, and it is difficult if not impossible for consumers to know whether the product is, indeed, the species listed on the packaging.”

In response to complaints about misleading packaging and fraudulent behavior by these companies, Michael and his colleagues conducted an investigation and devised a process to determine the wood species included in bags of mulch and their percentages.

According to Michael, cypress wood is generally considered highly resistant to decay, making it a popular and desired species for landscaping mulch. The research is important because homeowners and professionals apply millions of bags of mulch sold at retail, with estimated U.S. sales of $1 billion dollars annually. There are many large, national mulch brands, and the majority of mulch sold at retail is packaged in 2-cubic-foot bags.

Cypress is promoted by the mulch industry as being superior to other wood species, noted researcher Charles Ray, associate professor of ecosystem science and management. Cypress is more expensive to procure than other species, such as southern pines, he added, so manufacturers may have an economic incentive to replace some percentage of the mulch mix with cheaper, more abundant species.

“Cypress is sold at a premium due to its natural color, rot resistance and resistance to insect infestation,” Ray said. “If mulch producers are including at least some non-cypress species in all their products, then this deceptive practice would result in greater profits while harming the consumer. Consumers believe they are receiving a superior wood species but don’t get the protection and benefits if the product contains significant volumes of pine or other inferior species.”

To assess the situation, the researchers initially tested 10 bags of a nationally distributed, branded cypress mulch product, obtained from six different states. They identified the wood species by low-power microscopic analysis in the College of Agricultural Science’s Wood Anatomy Lab. Examination of the largest wood pieces suggested that all bags contained at least some non-cypress.

Next, the researchers developed and utilized a new method to sort the mulch by particle size and estimate species mix by weight. The testing procedure consisted of sifting the entire contents of a bag through a series of graduated screens and then identifying and weighing the wood pieces of similar size. With that information, using a mathematical formula, they were able to estimate the ratio of wood species in a bag.

Using the novel testing procedure, in findings published in the current issue of Wood and Fiber Science, the researchers determined the following: One of the bags, purchased in Austin, Texas, contained roughly 50% cypress, with the remainder of the content being lower-valued pine. A bag purchased in Laredo, Texas, contained no cypress, despite being labeled as cypress mulch. The remaining eight bags, researchers estimated, contained cypress percentages ranging from 30% to 60%.

The research results, Michael pointed out, show that regulators charged with protecting environmental or consumer interests need assistance from the wood-science community.

Adequately protecting the interests of consumers who purchase bio-based products, while assisting regulators and ensuring fair competition, is an important service that should be provided by a land-grant university, said Michael.

“The implication of these findings for the industry is that mulch manufacturers should become much better at process management, quality control and perhaps procurement to avoid practices that draw the ire of regulators,” Ray said. “Mulch manufacturers need to more accurately meet legal requirements for species as promoted on packaging.”