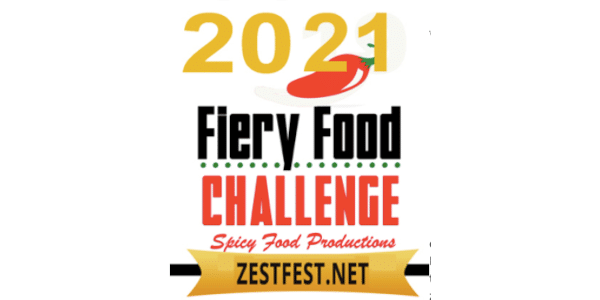 The Fiery Food Challenge is the longest-running, most prestigious competition of zesty products in the industry.

IRVING, Texas — The Fiery Food Challenge is the longest-running, most prestigious competition of zesty products in the industry. Held at ZestFest in Irving, TX every year the challenge invites hot, spicy, and zesty foods to be submitted by businesses vying for the coveted Golden Chile Award – one of only two major “fiery” food awards in the United States.

Lost Capital Foods took home 5 awards at this year’s competition. 3 of their hot sauces, (Another Bad Investment, Pyramid Scheme and Consider the Sauce) took ribbons in their respective categories as well as their spicy pub mustard (Economics Coarse) and recently released hot honey (Bear Market). Lost Capital was not the only company representing Minnesota at this year’s competition. Other local makers receiving awards in their separate categories this year were Singh’s Caribbean Heat, Facepunch Foods and Folly Coffee for the sauce featuring one of their signature roasts. Minnesota is certainly a formidable opponent on the national fiery food scene and has shown the field that “Minnesota Hot” has taken on new meaning as these 4 local companies took home a total of 14 awards from the competition this year.

When asked about his experience at ZestFest, Dj Bocchetti, cofounder of Lost Capital Foods, had this to say, “Honestly, it was just exciting to hear our name called out next to some of the leaders of the industry. There are a lot of great makers up in Minnesota and we couldn’t be happier to come down to Texas and represent them the way we did.”

Lost Capital Foods has made a name for themselves with their clean label fermented hot sauces and their luxurious flavor profiles. Formed in 2017 by a husband-and-wife team along with their longtime friend and business partner, their clean label fermented sauces can be found around the state at Lunds & Byerlys, select Hy-vees, local co-ops and soon at Jerry’s Foods stores. They are highly active at the area’s outdoor markets, most notably Mill City and East Isles Farmer’s Markets and can also be found showcasing their award-winning products at the Stone Arch Bridge Festival June 19-20th on the west bank of the Mississippi River. For a full calendar of Lost Capital’s upcoming events check out their website https://www.lostcapitalfoods.com