Home / Minnesota / Minn. temporarily bans movement of farmed deer
A new user experience is coming! We'll be asking you to login to your Morning Ag Clips account March 1st to access these new features.
We can't wait to share them with you! Read more here. 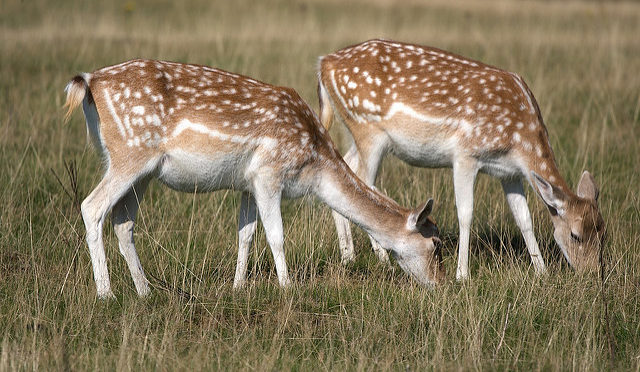 The Minnesota Department of Natural Resources on Monday, December 23 temporarily banned the movement of all farmed white-tailed deer within the state to try to limit the spread of chronic wasting disease to wild deer. (Peter Pearson via Flickr)

MINNEAPOLIS (AP) — The Minnesota Department of Natural Resources on Monday, December 23 temporarily banned the movement of all farmed white-tailed deer within the state to try to limit the spread of chronic wasting disease to wild deer.

DNR Commissioner Sarah Strommen told reporters she issued the order in response to the recent discovery of the fatal brain disease in a captive deer at a hobby farm in Douglas County of west-central Minnesota. The emergency rule will be in effect for 30 days.

“The goal is to help control and contain the current spread of CWD while allowing the state time to evaluate the outbreak and generate potential solutions to containing and eliminating this disease, and protecting the wild deer herd,” Strommen said.

The hobby farm has connections to other Minnesota deer farms, so the state needs the month to investigate other farms that may have provided deer to, or received deer from, the infected hobby farm. After the 30 days, Strommen said, the state can re-evaluate and better tailor its response. The state needs to get in front of the problem instead of continuing to try to chase it, she said.

CWD was first detected in Minnesota in 2002. Since then, the DNR has tested more than 90,000 wild deer. The agency said 73 wild deer have been confirmed positive for the disease in Minnesota so far, mostly in southeastern Minnesota. It’s caused by a prion, an abnormally shaped protein that can persist in the environment for years.

DNR experts consider deer farms to be a potential reservoir of infection that can spread the disease to wild deer. A now-closed infected deer farm in central Minnesota’s Crow Wing County was the suspected source of the disease detected last winter in a wild deer in the area.

The Minnesota Board of Animal Health, which regulates deer farms, announced earlier this month that one of the two deer at the Douglas County farm, an 8-year-old white-tailed doe, tested positive after the other deer on the farm killed it. The buck was euthanized after the results came back.

The board asked the state’s 330 deer farms voluntarily not to transport white-tails to and from their properties for a month while it tried to trace the disease, but it decided against the kind of mandatory lockdown that the DNR imposed Monday. Critics in recent years have accused the board of protecting farms at the expense of state’s wild deer. A legislative auditor’s report last year faulted the board for failing to adequately enforce regulations aimed at containing the disease, and noted tensions between the board and DNR, which had advocated for more aggressive action against infected farms.

Strommen said the relationship between her agency and the board has improved since they signed a memorandum of understanding to foster collaboration. She said the DNR was in a better position to order a movement ban because it has the power to issue emergency rules, while the board would have had to use a more complicated process.

Questions of whether the state should go even further by banning movements of deer between farms, or banning deer farms altogether, are best addressed by the Legislature, the commissioner said.