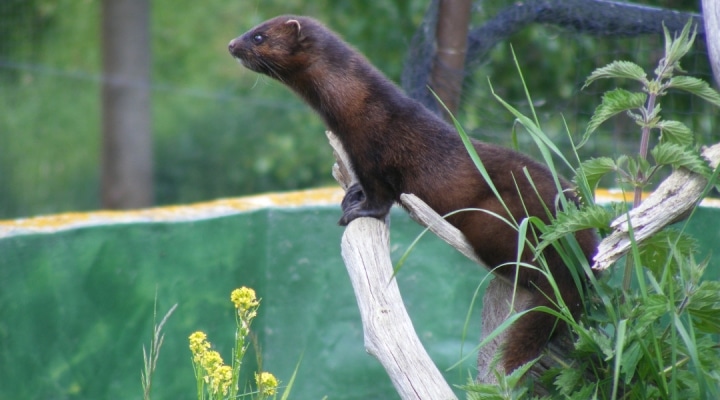 The first round of follow-up testing on Dec. 7 showed barely detectable levels of the virus in only one of the 62 animals tested. The second round of ODA testing on Dec. 21 confirmed no sign of SARS-CoV-2 among the 62 tested, indicating the mink population on the farm are recovered. Based on guidance from the U.S. Department of Agriculture (USDA) and Centers for Disease Control (CDC), one more round of testing will be conducted prior to releasing the quarantine.

USDA Wildlife Services, under the direction of the Oregon Department of Fish and Wildlife (ODFW), is continuing trapping surveillance near the farm. Since Dec. 7, biologists have captured and tested nine animals, including five wild opossums, three cats, and one mink believed to have escaped the quarantined facility. On Dec. 22, the USDA National Veterinary Services Laboratory (NVSL) confirmed the trapped mink (captured Dec. 13) tested positive for low levels of SARS-CoV-2. The cats and opossums all tested negative. Based on the location of capture, condition of the animal, and necropsy findings, USDA Wildlife Services and ODFW believe the captured mink had very recently escaped confinement. ODA has requested continued surveillance, trapping, and testing as a precaution.

“There is no evidence that SARS-CoV-2 is circulating or has been established in the wild,” said Dr. Ryan Scholz, ODA state veterinarian. “Several animals from different species were sampled, and all others were negative. Still, we are taking this situation very seriously and continuing to survey and trap near the farm. Also, we have asked USDA to run additional tests on the trapped mink, including sequencing the viral genome and a DNA test to ensure we know exactly where this mink came from.”

On Nov. 27, the NVSL confirmed mink samples submitted by ODA tested positive for SARS-CoV-2, the animal virus linked to COVID-19 in humans. The mink are believed to have contracted the virus from humans. In this case, the facility is small and therefore disclosing any individually identifiable information could reasonably result in disclosure of an individual’s medical information, specifically an individual’s COVID-19 status. The ODA believes that the COVID status of an identified person is considered personal information that should not be disclosed to the public and would be an unreasonable invasion of privacy under ORS 192.355(2).  Therefore, ODA is declining to release this information. According to the USDA, controlling the virus in people is ultimately the best way to mitigate the virus from spreading to animals.

How to maximize meat goat rate of gain

Southern Oregon coast opens up for razor clamming
May 2, 2021