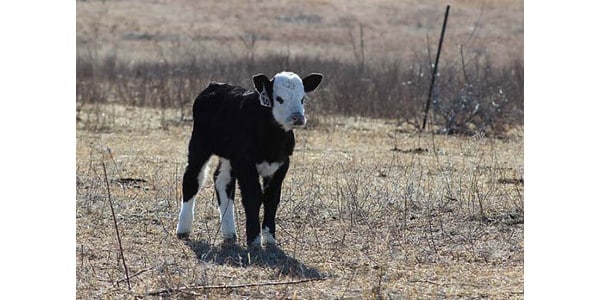 Using the appropriate antibiotics is best for both livestock and people, say veterinarians at Kansas State University. (Courtesy of K-State Research and Extension)

MANHATTAN, Kan. — Remember going to the doctor when you were a kid and you left after receiving a shot to cure your ailments? Contrast that to today when patients often are told that it is just a virus and they leave the office with nothing but a prescription for rest. One reason for the change of treatment protocol is addressing antibiotic resistance.

Veterinarians are also building treatment plans for livestock with that in mind, in part because of the vast number of antibiotics that are also used for humans.

“The last time a new family of antibiotics was introduced in food animals was in 1978,” Apley said. “We’ve had new members of those families since then, but we are probably not going to get more.”

Apley has seen some pathogen resistance to those antibiotics, especially in respiratory diseases where it is common practice to give a long-acting treatment.

“You expect 70-80% of the (animals) you treat to respond and not need further intervention, but that is allowing them a 5-7-day interval to respond to the initial treatment,” Apley said. He also said that respiratory disease in calves may result in a 5-10% death loss in those previously treated.

He advised producers to evaluate the herd sickness and if a large percentage of the calves are ill, then it is time to reassess the treatment protocol. Apley said there are two main factors he considers when he is consulted regarding a disease outbreak.

“First is the treatment success rate and the second is the case fatality rate,” Apley said, noting that producers should keep good records of treatments they give to animals so that they more clearly understand what is happening.

“It is easy to want to switch drugs when I feel that things aren’t going well; however, if I start changing drugs frequently, that will impact my ability to accurately evaluate those records,” White said.

Apley added: “When things are at their worst, by definition, they are going to get better. When you switch things up in the middle you tend to give credit to what you switched to.”

The veterinarians stressed that using those treatments appropriately was best for both livestock and people.

“For antibiotics that are important for human use, we are under pressure to limit their use in animals,” White said. “The challenge is that the drugs used for livestock are also members of the families used for humans.”

Apley estimates that about 10 drugs used to treat livestock are not used by people. He said one class of antibiotics, ionophores, are primarily livestock focused.