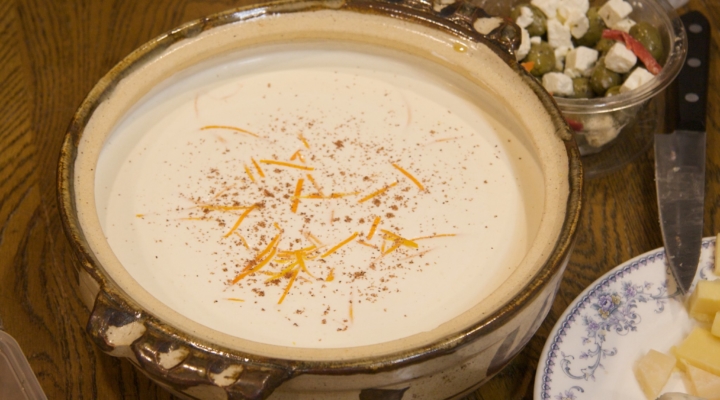 Eggnog should not be made with raw eggs, as they can cause salmonellosis, which is food poisoning caused by salmonella bacteria, according to the Centers for Disease Control and Prevention. (photo by Joshua Rappeneker, creative commons/flickr.com)

RICHMOND, Va. — National Eggnog Day is Dec. 24, which means there’s still time for fans of the holiday beverage to decide if they prefer homemade or store-bought versions.

While there is no wrong choice when it comes to eggnog, there is a right way to prepare it at home and safely avoid foodborne illness.

Eggnog should not be made with raw eggs, as they can cause salmonellosis, which is food poisoning caused by salmonella bacteria, according to the Centers for Disease Control and Prevention. The risk is higher for young children, older adults, those with weakened immune systems, and expectant mothers and their unborn babies. And alcoholic add-ins like rum and whiskey cannot be counted on to kill potentially harmful bacteria in raw eggs.

“The days of drinking eggnog with raw eggs are over. We never suggest anyone do that,” said Mary Rapoport, consumer affairs and educational director for the Virginia Egg Council. “We suggest people make a cooked custard.”

The U.S. Food and Drug Administration also recommends making homemade eggnog using a cooked custard base. Combine the eggs and half the milk called for in a traditional eggnog recipe, and cook the mixture to 160°.

Other ingredients, such as sugar, can be added at the same time. The cooked mixture should firmly coat a metal spoon, but don’t lick the spoon unless the custard is fully cooked. After cooking, chill the mixture before adding the rest of the milk and any other ingredients.

The Virginia Egg Council offers a simplified microwave recipe, as well as a history of the beverage, here: https://bit.ly/33JiLxd.

Homemade eggnog will last about a week, and the U.S. Department of Agriculture recommends refrigerating commercial eggnog for no more than five days or freezing it for no more than six months.

Early-season apples get a boost from abundant rainfall
August 20, 2020