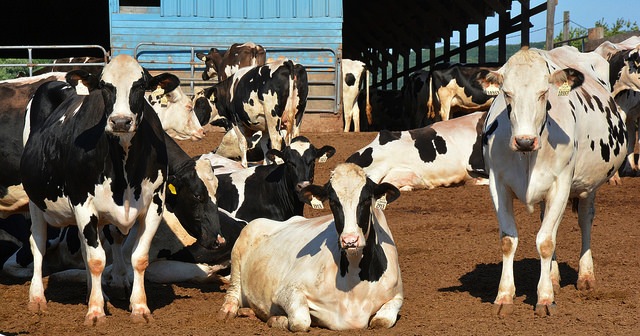 According to the Texas Association of Dairymen, Texas has 395 dairies with an estimated 487,078 cows. The total economic impact in Texas is estimated at more than $3.3 billion, third in Texas agriculture commodities. (Barbara Bresnahan, Flickr/Creative Commons)

Chinese food-safety regulations put into place about three years ago required U.S. milk suppliers to be registered and certified by FDA before they could ship to China. The process was difficult for U.S. dairy producers and certifying officials to navigate, which meant new U.S. milk exporters found it hard to gain access to the steadily-growing Chinese market. Now an agreement has been reached that will permit third-party certification companies to audit U.S. dairy facilities to ensure compliance with Chinese requirements.

“This is a win for dairy producers across the nation but especially Texas producers,” Commissioner Miller said. “The Texas dairy industry was already experiencing positive growth for 2017, and easier access to the Chinese market will only help our dairy producers expand their herds and production. I am confident the Chinese consumer will quickly learn what we already know—Texas dairy is the cream of the crop!”

As Commissioner-elect, Commissioner Miller hosted a delegation of Chinese officials in Austin to grow agriculture trade opportunities between Texas and the Gansu province of China. Once in office, Commissioner Miller took an extended 11-day trip to China to visit Beijing, Shanghai, Hangzhou and Lanzhou to further build relationships and tap into this expanding market.

The U.S. exported $384 million worth of dairy products to China last year, but this was less than 1 percent of China’s dairy imports. The new regulations will facilitate better entrance for Texas producers to the No. 1 dairy importer in the world. The announcement is especially fitting as we celebrate National Dairy Month in June.

According to the Texas Association of Dairymen, Texas has 395 dairies with an estimated 487,078 cows. The total economic impact in Texas is estimated at more than $3.3 billion, third in Texas agriculture commodities. Texas is the sixth-largest dairy producing state in the nation, with plenty of room for expansion due to lower feed costs and expected higher future milk prices.