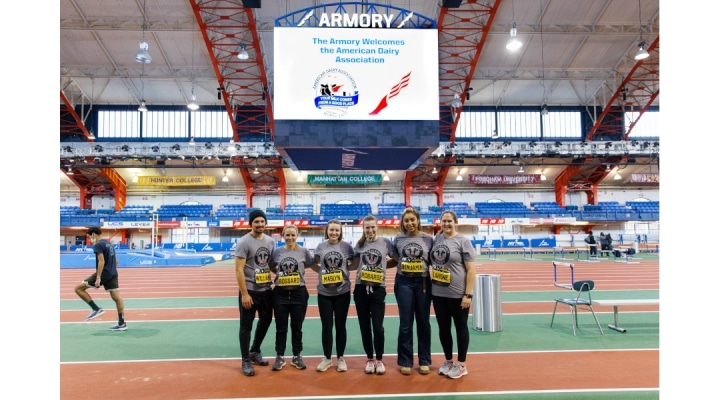 The Milk to Metro campaign was designed to give the dairy farmers the opportunity to interact with urban consumers and promote New York dairy products.

“It was so interesting to finally see the endpoint of the product we work so hard to produce – consumers using those final products,” said Williams.

The campaign also allowed them to see how ADA North East works in an urban setting to sell more dairy through our school, health professional, sports marketing and retail programs.

When stopping in a corner grocery store, Lavigne said, “I was surprised at just how many dairy products were in there. There were so many options, and the aisles were very clean and organized. I just wish I could tell everyone that went down that isle how much we care for our cows, the land, and our families to produce those products.”

The dairy farmers visited the Anna M. Short School PS 146 in Manhattan to meet with fourth grade students. The school was selected for the visit because of its participation in ADA North East school nutrition programs, including Breakfast After the Bell, Fuel Up to Play 60, and the New York Thursdays program that features locally sourced milk and other food products on school menus.

“It was so eye opening to hear how interested the kids were in where their food comes from, and so great to hear them say, ‘I love yogurt’ or ‘I love cheese,’” said Maslyn. “They were excited to find out that some of my cows are the animals that produce the dairy products that they eat for breakfast, lunch and dinner.”

The group also visited Armory Track in Washington Heights, the home of one of the “fastest tracks in the world,” that promotes dairy checkoff’s “Refuel with Chocolate Milk” campaign during more than 100 track and field competitions, where more than 220,000 student athletes train and 300,000 visitors tour.

“Coming to New York City showed me that consumers are just like us – they’re picking up their kids, heading to work out, or going to work – and we can all connect to one thing: food and knowing where it comes from,” observed Bossard. “I think it’s important to all generations, and certainly Gen Z, and I hope that through projects like this they can all see their milk comes from a good place.” 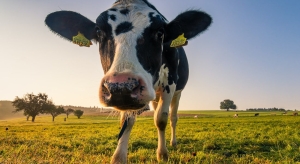 SYRACUSE, N.Y. — New York State Department of Agriculture and Markets Commissioner Richard A. Ball has announced the winners of the 2022 Dairy Products Competition in celebration of Dairy Day at The Great New York State Fair. Stewart’s was honored with gold for the state’s top-scoring milk, and Dygert Farms earned silver. In addition, Cabot Creamery Cooperative was […]