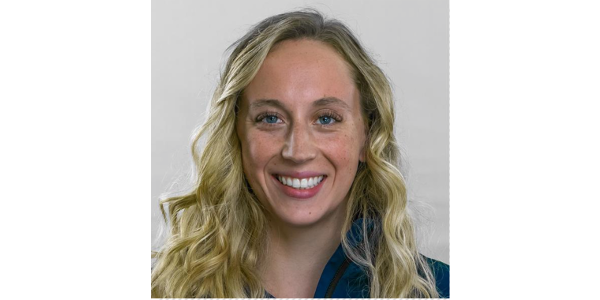 OKEMOS, Mich. — Team USA athletes know what it takes to build a champion: a lifetime of determination and training, countless competitions, years of fueling their bodies with the right foods and beverages and unwavering support from those in your community.

From the kitchen table to the training table, most Team USA athletes choose milk with its nine essential nutrients, including eight grams of natural protein in every eight-ounce glass. Milk is a proud sponsor of Team USA – fueling and supporting U.S. athletes’ pursuit of excellence at the Olympic and Paralympic Games.

Nine out of 10 U.S. Olympians grew up drinking milk,* and Milk Life and United Dairy Industry of Michigan (UDIM) are proud to fuel U.S. Olympic hopeful and Grosse Pointe, Michigan native swimmer Gabby DeLoof as she becomes part of a growing list of athletes fueled by milk.

DeLoof was recruited as a backstroke specialist to the University of Michigan (UM), where she graduated with her Bachelor of Arts degree in Sports Management in December 2018. DeLoof, who lives and trains in San Diego, now focuses on the 100- and 200-meter freestyle. During her career, she was a five-time Big Ten champion, five-time NCAA All-American, a team captain, and a 2018 Pan Pacific Championships qualifier.

“My journey to earn a spot on Team USA started right here in Michigan, and I know fueling with milk will help me continue to train at the highest level,” said DeLoof. “It’s really important for me to get the right mix of nutrients in my diet, including high-quality protein. I have always relied on milk to help fuel my training routine every day – so I’m proud to be on Team Milk!”

Milk is trusted by moms, kids and athletes because it contains a package of nutrients that’s hard to find in any other single food or beverage. It’s simple, wholesome, affordable and naturally nutrient-rich.

Team Milk is a growing group of U.S. Olympians, Paralympians and hopefuls all over the country, including DeLoof, who are fueled by milk. Through the Milk Life campaign’s sponsorship of Team USA, milk companies and dairy councils across the country, like UDIM, are able to support their local U.S. Olympic and Paralympic hopeful athletes as they train to earn a spot on Team USA.

When it comes to performing at the highest level at the Olympic and Paralympic Games, Team USA athletes know the importance of nutrients like protein in their sports nutrition. A survey, conducted among more than 1,000 current and retired U.S. Olympians and Paralympians and hopefuls, finds that nearly all (nine out of 10) grew up drinking milk on their journey to represent the United States at the Olympic and Paralympic Games. In fact, nine out of 10 said they drank milk while growing up.* Most even say their mom was the one who encouraged their milk drinking habits. Kids choose milk because it has a taste they love. And, moms choose milk because they know that beyond having the taste that kids love, it provides them with the protein and nutrients they need to be their best.

Milk is on the training menu for many elite U.S. athletes. Team USA respondents recognize that milk is a good source of high-quality protein with simple ingredients, and most still drink it today. This habit continues at the U.S. Olympic& Paralympic Training Centers, where tens of thousands of gallons of milk are served each year to athletes.

“Milk’s nine essential nutrients, including high-quality protein, can help fuel bodies, build and maintain muscle, and help elite U.S. athletes reach the highest levels of training,” said Melissa Gerharter, Executive Director of Youth Wellness and Sports Nutrition at UDIM. “Whether you are fueling a training session or a family gathered around the kitchen table, milk – and its eight grams of natural protein in each eight ounce serving – can power potential champions.”

Regular milk consumption offers a range of health benefits, backed by decades of research. And, it’s hard to get nutrients you need without milk in your diet.

The United Dairy Industry of Michigan is the umbrella organization for the Dairy Council of Michigan and the American Dairy Association of Michigan. On behalf of Michigan’s dairy farm families, these non-profit organizations provide science-based nutrition information to, and in collaboration with, a variety of stakeholders committed to fostering a healthier society, including health professionals, educators, school nutrition directors, academia, industry, consumers and media. For more information, visit MilkMeansMore.org.

The Milk Processor Education Program (MilkPEP), Washington, D.C., is funded by the nation’s milk companies, who are committed to increasing fluid milk consumption. From America’s farm families to milk companies, the full dairy community helps educate consumers about the powerful nutritional benefits of milk – with 9 essential nutrients, including high-quality protein, in each 8-ounce glass.

KRC Research conducted an online survey among retired, current, and hopeful U.S. Olympic and Paralympic athletes on behalf of MilkPEP via the U.S. Olympic Committee between February 23 and March 7, 2016. The U.S. Olympic Committee and its National Governing Bodies distributed e-mail invitations with a link to the survey to its retired, current, and hopeful athletes inviting them to participate. In total, 1,113 completed the ten-minute survey (675 Olympians, 93 Paralympians, and 345 hopefuls in training).

*9 out of 10 finding based on 675 responses received from survey invitations sent to U.S. Olympians.