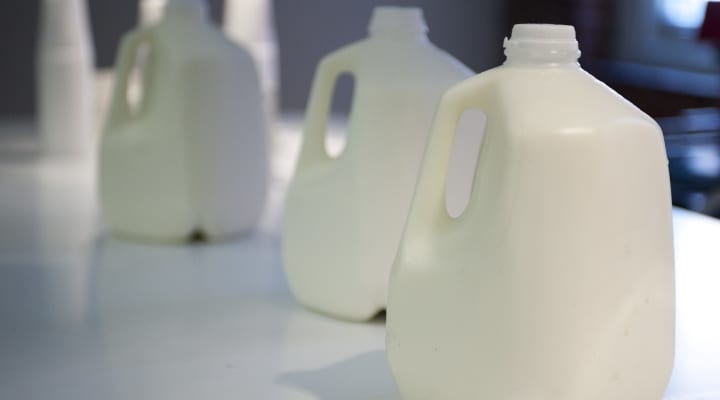 Americans are drinking less milk, but dairy consumption is at an all-time high. Make sense? It does when you break it down by type of dairy product. (photo by Vanessa, Creative Commons/flickr.com)

NEWARK, Del. — Americans are drinking less milk, but dairy consumption is at an all-time high. Make sense? It does when you break it down by type of dairy product.

In the United States, total dairy consumption continues to rise; the credit goes to increasing non-fluid dairy sales, most notably cheese and yogurt. But, when it comes to fluid milk, dairy sales declined. Whether in cereal or school lunches, dairy milk has a long history as a U.S. food staple. But American fluid milk sales decreased from almost $19 billion in 2013 to less than $16 billion in 2018. University of Delaware Assistant Professor Brandon McFadden cites several reasons.

“Fewer people are eating breakfast, which is when milk is typically consumed,” said McFadden, a professor in the Department of Applied Economics and Statistics in the College of Agriculture and Natural Resources. “Additionally, activists have tied dairy consumption to moral and ethical concerns, which may affect consumer preferences. And finally, plant-based alternatives have grown in popularity.”

More consumers are purchasing plant-based alternatives. From soy to almond to oat, plant-based sources continue to expand. However, some of these plant-inclined households continue to use milk for certain purposes like as an ingredient for cooking or baking.

In a study recently published in the Journal of Dairy Science, McFadden and colleagues at Cornell and Michigan State analyzed survey responses from 995 U.S. households focused on exploring substitution patterns between plant-based beverages and dairy. The researchers identified three groups of consumers — dairy households who comprised the majority of households at 61.6%, flexitarian households who consume both types (15.6%) and plant-based households (22.8%). In the dairy household market segment, respondents were older and less likely to have a vegetarian or vegan in the household. In the flexitarian segment, households were larger and more likely to have children under the age of 12. They were also more likely to include a vegetarian or vegan, and more liberal than traditional dairy-consuming households. Plant-based households, which largely choose almond milk as a substitute, had many similarities to flexitarian households. For almost all types of consumption, the flexitarian and plant-based groups were willing to substitute plant-based beverages for dairy milk.

“These findings highlight how consumer preferences are evolving and will continue to evolve as upstart food companies try to gain some market share from staple products like milk,” said McFadden.

Younger Americans are drinking less milk than their elders. The researchers say this trend is particularly concerning for the dairy industry.

“As younger generations replace older ones, the average level of fluid milk consumption may continue to decline,” McFadden said.

The trends are quite opposite for other dairy products. In contrast to fluid milk, cheese consumption continues to rise with a per capita increase of 34 percent from 2000 to 2018 and another 20.6 percent from 2010 to 2018. This increase occurred across all types of cheese, reflecting changing patterns of consumption when they’re away from home. Pizza, in particular, can take the most credit for the surge.

For butter, a reversal of the health views of butterfat in recent years drove a per capita increase of an 18 percent since 2010.

“The future is not all bleak for dairy. For example, sales of cheese have steadily increased,” said McFadden. “However, it is likely that continued value-added products, like cheese, will be responsible for sustained growth.”

Virginia Agriculture in the Classroom awards $29,000 in grants

Aster Tataricus: A floral star in the November garden