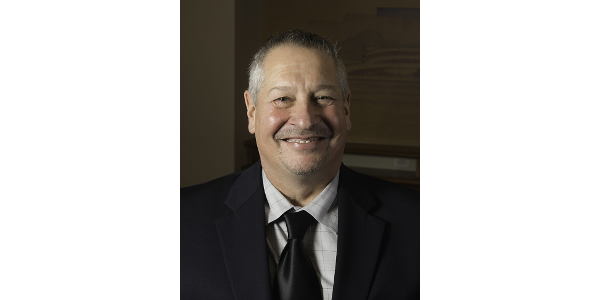 “Edge is now representative of the growth and evolution our cooperative has undergone over the past seven years. It’s also a promise of the future,” says John Pagel, a Wisconsin dairy farmer and president of Edge. “We put our members at the forefront of the discussions, giving dairy farmers a voice in matters critical to their businesses and their communities.” (Courtesy of Edge)

GREEN BAY, Wis. — Milk is getting a new voice in America’s Heartland. Meet Edge, the dairy farmer cooperative taking a fresh approach to representing its members.

Edge, formerly known as the Dairy Business Milk Marketing Cooperative, has been a game-changer for dairy farmers since its inception in 2010.

“Edge is now representative of the growth and evolution our cooperative has undergone over the past seven years. It’s also a promise of the future,” says John Pagel, a Wisconsin dairy farmer and president of Edge. “We put our members at the forefront of the discussions, giving dairy farmers a voice in matters critical to their businesses and their communities.”

Tim Trotter, Edge’s executive director, describes the cooperative as an energetic and progressive organization representing all dairy farmers equally. “We recognize both the differences and the similarities of farms regardless of size, business goals, geography and ownership,” says Trotter.

“In an industry built on loyalty and trust, Edge challenges complacent perceptions. We believe loyalty and trust can only continue when adjustments are made to represent the changing needs of members,” says Trotter.

As Dairy Business Milk Marketing Cooperative, the organization led a cost reduction for farmers in verification co-ops throughout the market and broke away from traditional bloc voting by giving each member a vote. The cooperative also elevated the voice of farmers in federal policy discussions about global markets, supply management, immigration reform and other issues. Now with nearly 800 members from farms of all sizes in nine states, the co-op is one of the top in the country for milk volume, sitting at No. 5 on the Hoard’s Dairyman Top 50 list.

During the past two years, the cooperative accelerated its progressive development and increased its value for members. The addition of a federal lobbyist in Washington, D.C., membership in the National Council of Farmer Cooperatives and a partnership with the Agriculture Workforce Coalition provide a voice in national policy. Membership with U.S. Farmers and Ranchers Alliance, Field to Market and Animal Agriculture Alliance provides a voice with customers and within the agriculture community and makes the cooperative even stronger.

“Now, more than ever, dairy farmers need to be heard. Edge uniquely conveys the individual messages of all members where it matters,” Pagel says. “Milk needs a modern voice – with customers, in the community, and in Congress – and the voice of milk is the promise of Edge.”

Over the next several months, the former company and name will be phased out. Members will be transitioned seamlessly to Edge. Farmers who are not currently members have a fresh opportunity to join the cooperative. In addition to further strengthening its members’ influence on Capitol Hill, Edge will continue to fulfill requirements of Federal Milk Marketing Orders as a verification cooperative and provide market information.

Edge unveiled its new name and identity today at the National Association of Farm Broadcasters annual convention in Kansas City, Mo., and at the National Council of Farmer Cooperatives Government Affairs meeting in Washington, D.C.

Edge is a dairy farmer cooperative that provides members a progressive voice on Capitol Hill in matters critical to their businesses and the broader dairy community. Under the Federal Milk Marketing Orders, the co-op also provides milk testing verification services and market information for its members throughout nine Midwestern states. Established in 2010 (and formerly known as the Dairy Business Milk Marketing Cooperative), Edge also aims to be a positive influence in the dairy community by collaborating with other agricultural groups. 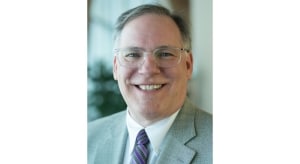 GREEN BAY, Wis. — Dairy farming today looks vastly different than it did at the turn of the century. Farms big and small are more sophisticated in how they conduct business. From implementing more sustainable practices to adopting cutting-edge technologies, the list of ways dairy farmers look toward the future is growing every day. All […]

GREEN BAY, Wis. — Edge Dairy Farmer Cooperative, one of the largest dairy co-ops in the country, stressed flexibility and fairness June 27 in announcing its priorities for reforming the federal milk pricing system. “Edge is intently focused on strengthening the relationship between farmers and processors in a way that increases transparency, fairness and competition, […]

GREEN BAY, Wis. — In a move to enhance their focus on strategic priorities, the Dairy Business Association (DBA) and Edge Dairy Farmer Cooperative announced Jan. 14 the promotion of Tim Trotter to a new position of chief executive officer. Trotter had been executive director of the sister organizations since 2015. The groups advocate for […]