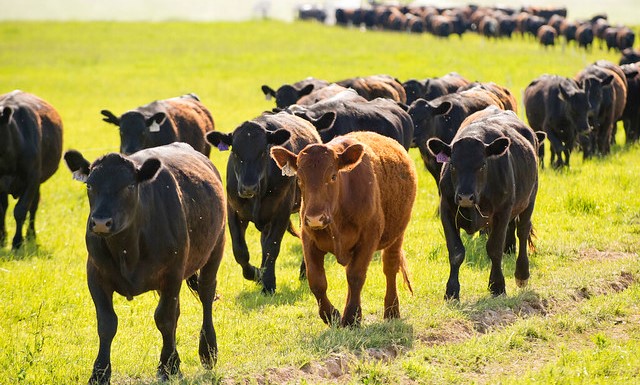 The OCA is the trusted voice of the Oklahoma Cattle Industry. (USDA NRCS Montana, Public Domain)

Weeks runs a cattle operation in Southeast Oklahoma in partnership with his brother. Additionally, the brothers own a farm and ranch supply store in Stuart. Mike is married to Jeana and they have four children. Both Jeana and Mike are alums of OCA’s Cattlemen’s Leadership Academy program, highly active on the local level and very generous with their time and resources when it comes to supporting their county, state and national cattlemen’s associations. Weeks is a willing servant to the beef industry. He previously served as a Southeast District OCA Director and the Southeast District OCA Vice President.

“I am looking forward to the challenge of leading the organization in the next two years and helping tell the story of beef production in the state of Oklahoma to consumers not directly involved in the beef cattle industry,” said newly elected OCA President, Mike Weeks.

OCA also elected Mike Armitage, Claremore, as President-Elect and to be next in line to serve as OCA President. Mike Brooks, Ardmore, was elected to serve as the Past President Representative.

“The OCA is membership owned and driven. I appreciate the willingness of fellow cattlemen to serve as volunteer leaders,” Weeks said. “A complete list of OCA Officers and District Directors can be found at okcattlemen.org.”