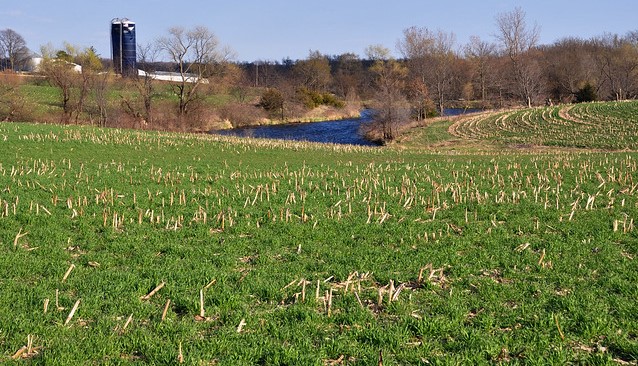 GREEN BAY, Wis. — Edge Dairy Farmer Cooperative, one of the largest dairy co-ops in the country, issued a statement today after the introduction of a federal bill that would allow early harvest of cover crops in the U.S. Department of Agriculture’s prevented planting program.

U.S. Reps. Dusty Johnson, R-South Dakota, and Angie Craig, D-Minnesota, late Monday announced the bill, which would give the agriculture secretary authority to provide a waiver to allow for haying, grazing or chopping of a cover crop before Nov. 1 in the event of a feed shortage due to wet or drought conditions. Farmers would avoid taking a further discount on their crop insurance.

Many Edge members and other farmers throughout the Midwest have been affected by the extraordinary weather conditions.

The following is a statement from Mitch Davis, treasurer of Edge and general manager of Davis Family Dairies in south-central Minnesota, Rep. Craig’s home state:

“I want to thank Representatives Johnson and Craig for their leadership on this issue. Our cooperative represents dairy farms throughout the Upper Midwest, and many of them are struggling to get a crop in and are concerned about what the feed outlook is for the coming year. The FEEDD Act will give dairy farmers and other livestock producers much needed flexibility as we work through the challenges caused by an unusually wet spring.”

Edge’s policy team has been raising the issue with lawmakers and agencies in recent weeks as an option for members in need of additional livestock feed. Under current rules, farmers cannot utilize cover crops before Nov. 1 if they choose to receive the prevented planting indemnity.

Click here for a press release from the lawmakers.

Edge Dairy Farmer Cooperative provides dairy farmers throughout the Midwest with a powerful voice — the voice of milk — in Congress, with customers and within their communities. Edge, based in Green Bay, Wis., is one of the top cooperatives in the country based on milk volume. For more information, visit voiceofmilk.com.

Updates on the proposed Easterday Dairy near Boardman, Oregon
July 28, 2021