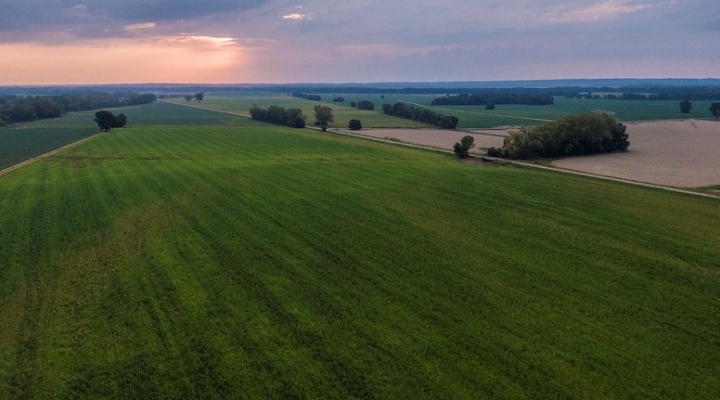 MINNEAPOLIS, Minn. — As discussions around the 2023 Farm Bill get off the ground, a key group of people are being asked to share their views on the future of agricultural policy: farmers.

During the next several weeks, the Land Stewardship Project (LSP) is circulating the National Young Farmer Survey in Iowa, Minnesota and Wisconsin in partnership with Midwest Farmers of Color Collective and National Young Farmers Coalition. The results from these Midwestern states will be combined with survey data from across the country and serve as the basis for advocacy efforts that will develop a Farm Bill that benefits farmers, the land and rural communities. LSP is encouraging farmers to take the survey at surveymonkey.com/r/lspyoungfarmers.

The Farm Bill is a comprehensive piece of legislation reauthorized  every five years that dictates everything from which crops are produced to how they are grown and who makes money from them. It also has a big influence on what conservation practices are used on farmland and how corporate consolidation is regulated.

Although agricultural policy is supposed to benefit all farmers, over the years the Farm Bill has had significant negative impacts on rural communities, according to LSP organizer Jessica Kochick. Farmland consolidation, eroded soil, shuttered Main Streets and lack of opportunities for beginning farmers are just some of the results of a policy that is tilted in favor of major agricultural corporations, she said. The goal of the National Young Farmer Survey is to get input from farmers who are often not represented in the development of agricultural policy and overlooked in USDA Census of Agriculture collection efforts.

“The Farm Bill has lasting  implications on food accessibility, soil health, water quality, rural community growth, racial equity and climate resilience,” said Kochick. “To truly have a Farm Bill that represents more than the interests of big agribusiness, we need to hear from small and midsized farmers, as well as emerging and beginning farmers, farmers of color and immigrant farmers.”

The survey is also directed at people who are considering seeking farming as a career, as well as former farmers and landowners who may be renting out their acres. Questions center around what barriers may be getting in the way of helping small and midsized producers get established and be successful, such as lack of access to land and credit and a shortage of local meat processing facilities. Young farmers like Adam Griebie see the survey as a way to influence a piece of policy that is all too often drafted far away from the communities it most impacts.

“I took the survey to bring Washington, D.C., closer to my farm and community,” said Griebie, who raises corn and soybeans and utilizes award-winning conservation practices in central Minnesota’s McLeod County. He also serves on LSP’s Farm Bill Organizing Committee. “This is a way to promote forward movement in land stewardship and healthy farming practices for both the land and people.”

Zoe Hollomon, who serves on the coordinating team of the Midwest Farmers of Color Collective, said the Farm Bill has wide-ranging impacts on the food and farm system, making it imperative that people from various backgrounds send a message to policymakers that status quo agriculture policy is not acceptable.

“Every five years our country decides how to invest in food and agriculture in the Farm Bill,” said Hollomon. “With impacts on farm subsidies, market supports, insurance, school and emergency food, as well as community food planning grants, there’s none of us who won’t be affected. We’re taking a stand with under-resourced farmers across the country to demand the land, funding and technical support we deserve to farm. Let’s use our voice to make this Farm Bill invest in a different kind of food system, one that will leave our communities with more control over our food, labor and resources.”