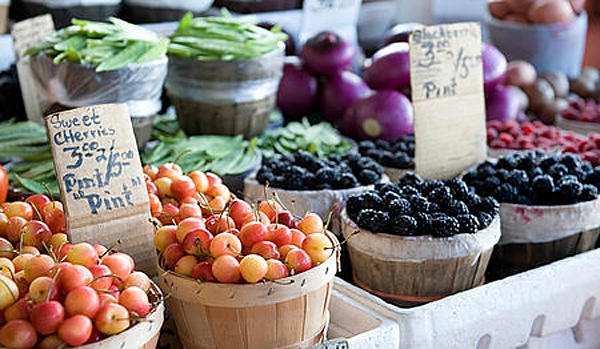 The 2022 Mid-Atlantic Fruit and Vegetable Convention will be held in-person at the Hershey Lodge on February 1 to 3, 2022. Dr. David Kohl, noted agricultural economist and speaker, will be the keynote speaker. A farm market bus tour and several pre-convention workshops will be offered on January 31, 2022. (file photo by Maryland State Horticultural Society)

RICHFIELD, Pa. — The 2022 Mid-Atlantic Fruit and Vegetable Convention will be held in-person at the Hershey Lodge on February 1 to 3, 2022. Dr. David Kohl, noted agricultural economist and speaker, will be the keynote speaker. A farm market bus tour and several pre-convention workshops will be offered on January 31, 2022.

Normally over 2,400 fruit, vegetable, and berry growers and other industry personnel from throughout the mid-Atlantic region and beyond gather in Hershey each year for what has become one of the premier grower meetings on the East Coast. As with most similar events, last year’s Convention was held virtually. While the virtual event was successful in providing a meaningful educational event for growers, the overwhelming sentiment was that it could not replace the in-person interaction between fellow growers and exhibitors that growers value at an in-person event. Thus, the 45th annual edition of the Mid-Atlantic Convention will return to the Hershey Lodge in Hershey, Pennsylvania.

Plans are being made to offer exceptional educational sessions on a full-range of topics in tree fruit, vegetable, small fruit, and potato production plus retail and wholesale marketing. Greenhouse ornamental and cut flower sessions will also be offered along with a special session presented in Spanish for Spanish-speaking industry members. A schedule of planned sessions is shown below. A more detailed schedule with topics and speakers will be announced in the coming weeks.

The Mid-Atlantic Fruit and Vegetable Convention is honored to have Dr. David Kohl as the keynote speaker for the 2022 Convention. Dr. Kohl is a noted agricultural economist and farm management speaker from Virginia Tech University who regularly speaks to over 20 young farmer programs annually. Kohl is Professor Emeritus of Agricultural Finance and Small Business Management and Entrepreneurship in the Department of Agricultural and Applied Economics at Virginia Tech, Blacksburg, Virginia. He was on special leave with the Royal Bank of Canada working on advanced initiatives for two years, and also assisted in the launch of the successful entrepreneurship program at Cornell University. Kohl has traveled over 10 million miles throughout his professional career! He has conducted more than 7,000 seminars and webinars for agricultural groups such as bankers, Farm Credit, FSA, and regulators, as well as producer and agribusiness groups.

On the opening day of the Convention, besides Dr. Kohl’s keynote presentation, there will be production sessions on Vine Crops, Pumpkins/Winter Squash, Tree Fruit, General Vegetables, Peppers/Eggplant, Asparagus, Soil Heath/Cover Crops, Snap Beans, Alliums, and Controlled Environment Ag plus marketing sessions on What is the Return on Your Marketing Dollars, Comparing POS and Reservation Systems, and Wholesale Marketing.

The Convention has become one of the premier grower meetings in the Northeast. The Great American Hall and the Aztec Room at the Hershey Lodge will host most of the Trade Show with several additional booths being located in the Confection Level Lobby. Specialized horticultural equipment, farm market merchandise, and packaging will all be on display along with information on the latest seed varieties, fruit varieties, pesticides and other supplies and services for the commercial grower.

Many pesticide applicator update training credits will be available to Pennsylvania, Maryland, New Jersey and Virginia growers attending the sessions. The program covers nearly every aspect of fruit, vegetable, potato and berry production. Commercial growers should not pass up this terrific educational opportunity.

The fourteenth annual Mid-Atlantic Cider Contest will be conducted during the Convention to determine the best tasting cider produced in the region. On February 1, fruit and vegetable growers will gather for the annual Fruit and Vegetable Growers Banquet which will include awards and recognitions. On February 2, there will be an Ice Cream Social for all in the evening plus a reception for apple growers. This year’s Ice Cream Social will feature research posters and the opportunity to visit with the researchers presenting the posters.

Registration is required for all persons attending the Convention trade show or educational sessions. Registration with any of the five sponsoring organizations allows one to attend any of the sessions although there are additional charges for workshops and meals. For further information, go to www.mafvc.org or call 717-677-4184 or 717-694-3596. 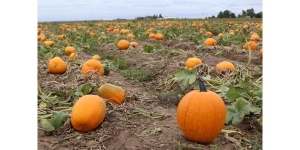 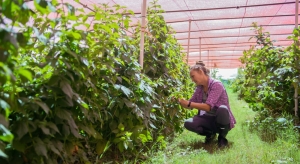 FREDERICKSBURG, Texas — Nestled comfortably in the Texas Hill Country, Fredericksburg has become well known for its peaceful ambiance and high-quality wines. This increased attention has promoted Texas Hill Country tourism and helped propel the Lone Star state to among the top five wine-producing states in the U.S., with an annual economic value of $13.1 billion. […] 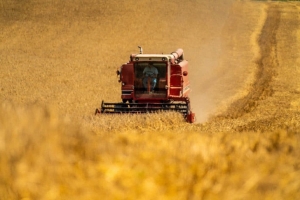 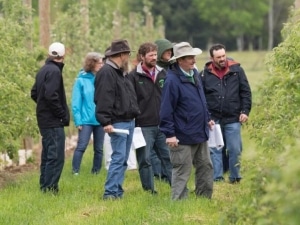 UNIVERSITY PARK, Pa. — For almost 40 years, Rob Crassweller, professor of horticulture and extension tree-fruit specialist in Penn State’s College of Agricultural Sciences, has made impactful contributions to education, extension and research. Crassweller is passing the mantle to a new generation of scientists and extension educators as he embarks on the next chapter of his […] 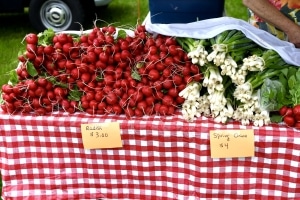 RICHFIELD, Pa. — The virtual 2021 Mid-Atlantic Fruit and Vegetable Convention will open this Monday, February 8 and live sessions will continue until Thursday, February 11.  There will be 76 exhibitors in the virtual trade show with another 25 or more companies helping to sponsor the event.  There will be 44 educational sessions over the […]