Home / National / Microgreens go from trendy vegetables to functional food
A new user experience is coming! We'll be asking you to login to your Morning Ag Clips account March 1st to access these new features.
We can't wait to share them with you! Read more here. 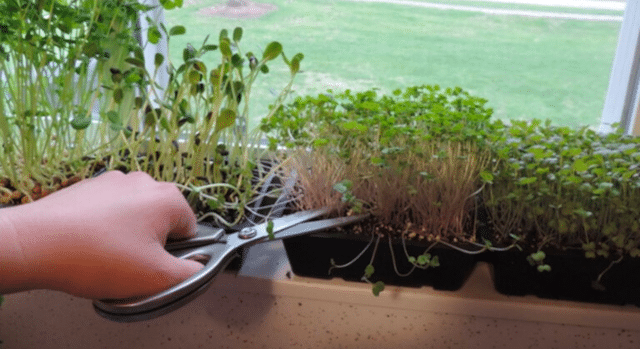 STATE COLLEGE, Pa. — Starting decades ago as fashionable, high-value gourmet greens, today microgreens have gained popularity among consumers for their nutritional profile and high content of antioxidant compounds. Now, a new study suggests that the tiny plants have the potential to help provide global nutrition security.

As part of a project titled, “Food Resilience in the Face of Catastrophic Global Events,” an international team of researchers has found that these vegetables can be grown in a variety of soilless production systems in small spaces indoors, with or without artificial lighting. The findings are especially relevant amid a pandemic that has disrupted food supply chains.

With microgreens, people can produce fresh and nutritious vegetables even in areas that are considered food deserts, according to team leader Francesco Di Gioia, assistant professor of vegetable crop science, College of Agricultural Sciences, Penn State.

“The current COVID-19 pandemic revealed the vulnerability of our food system and the need to address malnutrition issues and nutrition-security inequality, which could be exacerbated by potential future emergencies or catastrophes,” he said. “Nutrient-dense microgreens have great potential as an efficient food-resilience resource.”

Microgreens’ nutritional profile is associated with the rich variety of colors, shapes, textural properties and flavors obtained from sprouting a multitude of edible vegetable species, including herbs, herbaceous crops and wild edible species.

With a short growth cycle requiring only minimal inputs of fertilizer, microgreens have great potential to provide essential nutrients and antioxidants, Di Gioia noted. Using simple agronomic techniques, it is possible to produce microvegetables that could address specific dietary needs or micronutrient deficiencies, as well as nutrition-security issues in emergency situations or in challenging environmental conditions.

Consumers could produce microgreens at home using simple tools available in a kitchen, Di Gioia pointed out. A grower also would need seeds, growing trays and a growth medium — which could consist of a common peat or peat and perlite growth mix.

Given all the characteristics of microgreens, scientists at NASA and the European Space Agency also have proposed them as a source of fresh food and essential nutrients for astronauts engaged in long-term space missions. And because microgreens may be used as functional food to enhance nutrition security under current conditions and during future emergencies or catastrophes, Di Gioia suggested that microgreen production kits including seeds could be prepared and stored, then made available when needed.

“Under such circumstances, a variety of fresh and nutrient-rich microgreens could be grown providing a source of minerals, vitamins and antioxidants in a relatively short time,” he said. “Or alternatively, kits could be distributed to vulnerable segments of the population as a short-term nutrition-security resource.”

Open Philanthropy and the U.S. Department of Agriculture’s National Institute of Food and Agriculture supported this research.