Home / Michigan / Michigan Corn Growers directors, officers
A new user experience is coming! We'll be asking you to login to your Morning Ag Clips account March 1st to access these new features.
We can't wait to share them with you! Read more here. 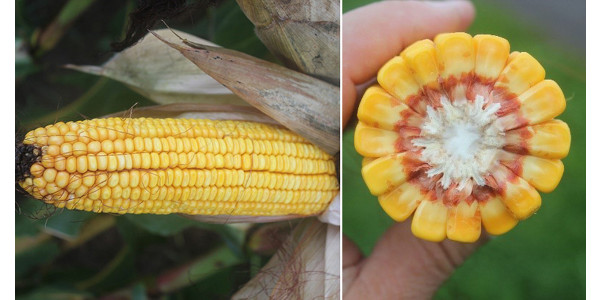 The Michigan Corn Growers Association (MCGA) has elected directors and a new slate of officers to lead the organization. (Bruce MacKellar, MSU Extension)

LANSING, Mich. — The Michigan Corn Growers Association (MCGA) has elected a new slate of officers to lead the organization. The following board members were elected to serve two-year terms as officers:

“I want to thank the incoming officers for their dedication to our industry,” said outgoing President Matt Frostic. “I know that our organization is in good hands. It has been my honor to serve as president for the past two years, and I look forward to seeing what we will achieve together in the future.”

MCGA also announced the results of its 2021 elections for the board of directors at the association’s recent 2021 Annual Meeting.

MCGA board members are active corn farmers and must be regular members of MCGA.

MCGA board members serve 3-year terms. Elections were held by mail, and ballots were tallied and then verified by the MCGA Election Committee. For a map of districts, visit https://micorn.org/mcga/mcga-board.

The Michigan Corn Growers Association (MCGA) is a grassroots organization of grower members dedicated to increasing the profitability of corn production.  The MCGA is the only organization in Michigan that works solely on behalf of the state’s corn growers for pro-agriculture legislation. The MCGA works to ensure that corn growers’ voices are heard at the local, state and national levels. Find out more online at www.micorn.org.