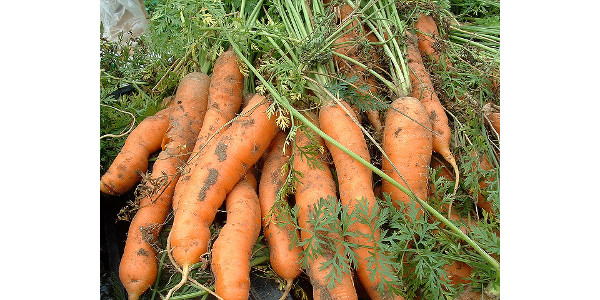 LANSING — Michigan Department of Agriculture and Rural Development (MDARD) Director Gary McDowell announced that Michigan’s carrot producers will have an opportunity to vote on proposed program amendments to the Michigan Carrot Industry Development Program. The program, established under the Agricultural Commodities Marketing Act (1965 PA 232, as amended), allows carrot growers to raise funds for research and promotion.

In September, carrot producers signed and submitted to MDARD requesting amendments to the program, including allowing individuals involved in allied industries to serve on the committee, making all committee members at-large members, and removing committee member term limits due to the small number of eligible candidates for the committee. These proposed changes were suggested by the carrot industry and supported during public comment. Additional proposed amendments include grammatical updates.

Michigan carrot producers will have an opportunity to vote to decide whether to accept the proposed amendments during areferendum being conducted between December 6 and December 17, 2021.

Ballots will be mailed by MDARD to carrot producers on November 29, 2021. Producers are eligible to vote if they produced and sold carrots for human consumption valued at more than $800 in any one of the last three years.

The Michigan Carrot Industry Development Program was designed to improve the economic position of the state’s carrot producers by supporting carrot production research and creating greater marketing opportunities through crop and market information, advertising, and promotion.

For the purpose of this referendum, each producer is entitled to one vote representing a single firm, individual proprietorship, corporation, company, association, partnership, or a husband-wife or family ownership. All ballots must be filled out completely, signed and postmarked by December 17, 2021, and should be sent to MDARD, Executive Office, P.O. Box 30017, Lansing, MI 48909.

Eligible producers with questions or those not receiving a ballot should contact MDARD toll-free at 800-292-3939.

Pre-register for the 2022 Northwest Michigan Orchard and Vineyard Show